"Wild Mountain Thyme" was the subject of social media ridicule due to the questionable Irish accents in the film's trailer. 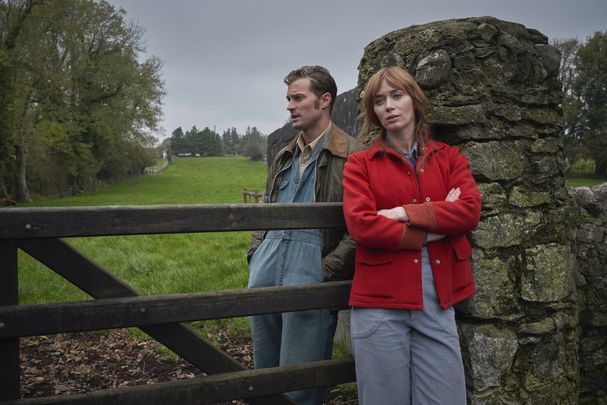 The director of "Wild Mountain Thyme" has defended the much-derided Irish accents in the new movie, claiming that real Irish accents are too difficult for an international audience to understand.

John Patrick Shanley, who wrote the movie based off his play "Outside Mullingar", said that no one outside of Ireland would understand the characters in his romantic comedy if they spoke like his Irish relatives, arguing that the film had to cater to an international audience.

"You have to make the accent more accessible to a global audience," Shanley told Variety.

Shanley employed dialect coach Brendan Gunn to work with lead actors Jamie Dornan and Emily Blunt to perfect their Irish accents for the new movie, but they both came in for criticism when the "Wild Mountain Thyme" trailer was released.

Dornan, who is from County Down, came under paricular scrutiny for his Irish accent given that he is from the island of Ireland and was the subject of widespread ridicule on social media.

Shanley, however, was unfazed.

He said that he offered the lead role to Dornan without even doing an audition because he was a better fit than any other English-speaking actor.

Variety reports that Dornan wanted to sound "less metropolitan", explaining why he didn't use his normal Northern Irish accent.

Dornan said that he felt like he was in a different era when shooting the film outside Ballina in County Mayo.

"What’s interesting about shooting in rural Ireland where we were, it is like another time," Dornan said.

"It’s about the simple things and living off this farm, and that being the main focus of your day."

"Wild Mountain Thyme" will hit cinemas and streaming services on December 11. The film cost $5.5 million and over two years to make and Shanley hopes that the film can reach audiences through word of mouth.

With the film set to be released in the middle of a pandemic, he encouraged people to put their own safety first when deciding whether to see it in cinemas or not.

"I want everybody to be OK. I think we’re about to enter into an absolute bloodbath nightmare on a national level. You shouldn’t watch it looking over your shoulder, asking: ‘Am I contracting a serious illness to see the film?’"