The Wolfe Tones will play in Boston and then as part of a program billed as “An Gorta Mor, 175th Anniversary Tribute to the Great Irish Famine” in New York this March. 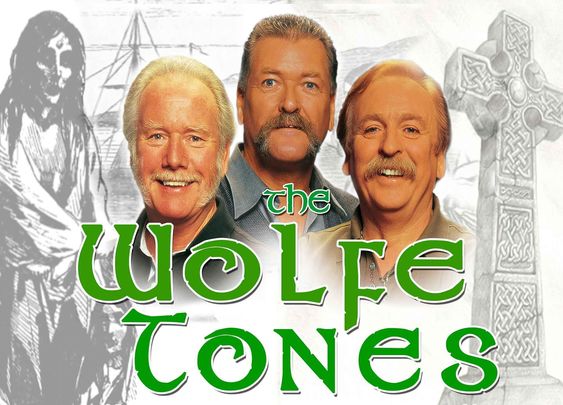 At one time in Ireland, England and America the band known as the Wolfe Tones were as popular as any band in the Irish music scene, drawing great crowds in the three countries.

Originally formed as a trio back in 1963 by Inchicore, Dublin natives Noel Nagle and Brian Warfield, Liam Courtney and Derek Warfield joined them a year later in 1974.  When Tommy Byrne also joined the band in 1964 as the principal vocalist they held together until 2001 when Derek left and started his own band called Derek Warfield and the Young Wolfe Tones who do a lot of touring in the U.S.

Appearances by the core trio of Brian Warfield, Nagle and Byrne are less frequent over here these days, so an upcoming brief tour of New York and Boston is sure to create a stir among their faithful following.

They are known for their rebellious ballads and republican ardor as The Troubles in the North reminded many people of Britannia’s rule over Ireland historically.  Warfield, Nagle and Byrne will begin in Boston at the Strand Theater (543 Columbia Road; 617-635-1403) on Sunday, March 13.

On Tuesday and Wednesday, March 15 and 16, they will appear in a program billed as “An Gorta Mor, 175th Anniversary Tribute to the Great Irish Famine” at the Town Hall in Times Square in Manhattan. Tickets can be obtained through Ticketmaster or the Town Hall Box Office (www.thetownhall.org).