What can you expect from tonight’s Conor McGregor vs Floyd Mayweather Jr fight?

There’s been a ton of hype and controversy about the fight, but now it’s time for the protagonists to settle their differences in the ring. 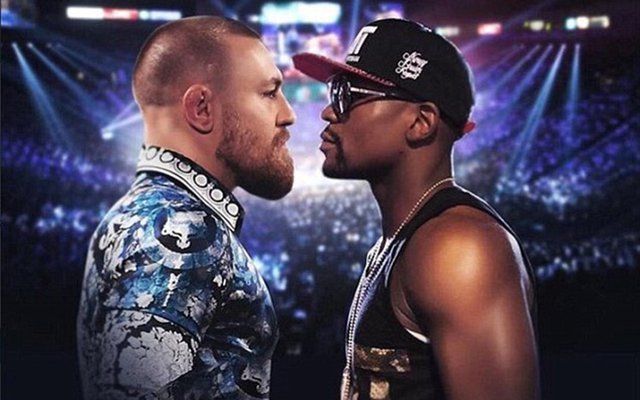 The Conor McGregor vs Floyd Mayweather fight is finally here.

We are only a few hours away from potentially the most lucrative fight in combat sports history. There’s been a ton of hype and controversy about the fight, but now it’s time for the protagonists to settle their differences in the ring.

Here’s what you can expect from tonight’s fight.

It’s not unusual for big-name fights to bring out the A-listers. But the McGregor/Mayweather match could turn out to be the most celebrity-supported event in recent years. Here are just a few of the celebs who are reportedly going to be in Las Vegas for the fight: Mark Wahlberg, LeBron James, Charlize Theron, Drake and Angelina Jolie.

Will McGregor stick to his usual Sinead O’Connor “Foggy Dew”/Notorious B.I.G “Hypnotize” mix, or will he innovate? Friyie’s “Money Team” is the obvious choose for Mayweather. Money Team is also the name of his brand and a name he will definitely want to promote.

Will Floyd try and mess with Conor’s head and wear Irish colors to the fight? (As revealed on Showtime’s All Access, Mayweather has a custom made tri-color mouthguard in his collection!) With the eyes of the world on him, McGregor, who is a fashionista, may try and use the opportunity to maximize his commercial potential.

While there was initially some talk that Bono would sing Amhrán na bhFiann at tonight’s fight, the U2 frontman was double booked. It has since been revealed that Irish singer and songwriter Imelda May will sing the Irish national anthem at the T-Mobile Arena. Pop star Demi Lovato is confirmed to perform the Star-Spangled Banner.

It will be interesting to see what happens during the face-off in the center of the ring tonight. Conor McGregor was an incessant screaming machine at last night’s weigh-in. Will he pull an all-business poker face before the first bell?

#ConorMcGregor is HYPED as he faces off w/ #FloydMayweather for the last time before tmrw. 🔥

The chances of a Conor McGregor win

We have a 49-0 undefeated master boxer taking on a two-time MMA champion from the UFC. Floyd Mayweather Jr. is a titan of boxing, whereas his opponent, Conor McGregor, will be making his professional boxing debut tonight.

Raising the Tri-colour with pride ☘️
Thank you to all the fans who showed up at the weigh ins!
Tomorrow we go to war. pic.twitter.com/6w65a9AQ8E

The odds are stacked against the Irish man, but his self-belief knows no bounds. Will it be McGregor or Mayweather to throw the first punch? Mayweather has decades of defensive skill on his side, but McGregor has a left hand that has been defined as a game changer. Can Conor land the big shot, or will Floyd toy with him like a novice?

Can Conor McGregor do it? Who knows? All we know, is that tonight, the eyes of the sporting world will be fixed on an Irish man taking on a monumental challenge.

POLL: Who will win Conor McGregor vs Floyd Mayweather, Jr?