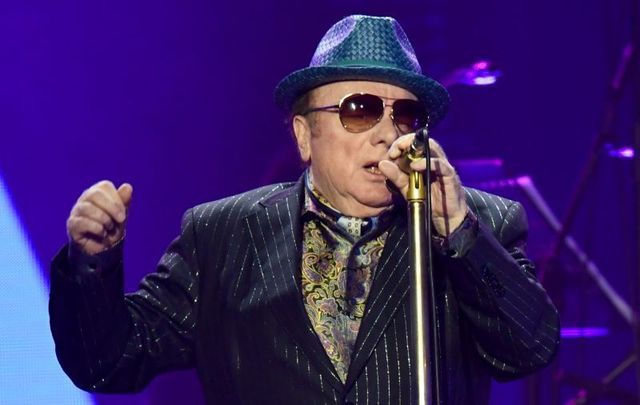 The famous singer-songwriter is set to release the songs at two-week intervals from September 25 and reportedly accuses health experts of "making up crooked facts" about the coronavirus pandemic.

The three songs - "Born to be free", "As I Walked Out," and "No More Lockdown" - all deal with the restrictions imposed by the British Government to curb the spread of COVID-19.

"Morrison makes it clear in his new songs how unhappy he is with the way the Government has taken away personal freedoms," a statement on his website said.

"I’m not telling people what to do or think, the government is doing a great job of that already. It’s about freedom of choice, I believe people should have the right to think for themselves," he said.

The 75-year-old labeled the British Government as "fascist bullies" for imposing lockdown measures in one of his new songs, according to various reports.

"No more government overreach / No more fascist bullies / Disturbing our peace," he reportedly sings in one of the new songs.

In another song, the veteran singer claims that the lockdown measures have been introduced as a front to enslave the general population.

"No more taking of our freedom / And our God-given rights / Pretending it's for our safety / When it's really to enslave," he sings.

"I don't know where he gets his facts. That sort of messaging is dangerous," Swann said in response to the songs while speaking on BBC Radio Ulster's Nolan programme.

Ironically, Van Morrison's single "Days Like This" went viral at the height of lockdown after Dermot Kennedy performed the song on Ireland's Late Late Show. The song became a symbol of hope for some people enduring the worst of the COVID-19 pandemic.