A half-century later, so many of us are still stunned, uplifted, and in a strange manner, redeemed every time we step into the mysterious aural back streets of "Astral Weeks." 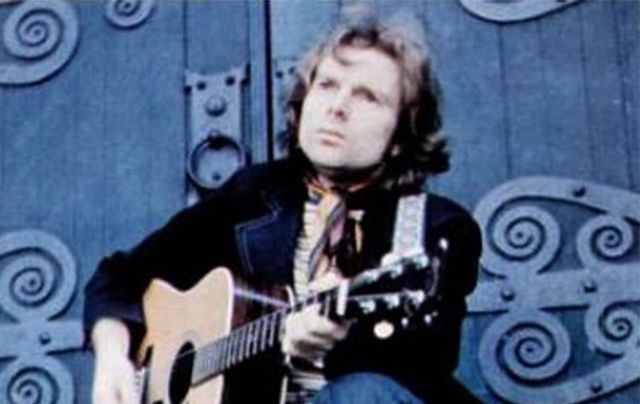 "Astral Weeks" and its development and meaning are Van Morrison at his best.

I first heard "Astral Weeks" while lying in bed in the darkness of a coldwater Rathmines flat.

I was listening to BBC Radio late at night on my old transistor radio. I must have been dozing for I don’t remember any DJ introduction – just the familiar, womblike G-C-D chords of an acoustic guitar

But there was something about the dreamy strummed delivery that arrested my attention. And then the voice that I was so attuned to from his days with "Them" and "Brown-Eyed Girl," cut through the hushed Dublin night.

“Down on Cyprus Avenue

With a childlike vision leaping into view

So many years ago now, and I have listened to that track and album so many times since.

I’m far from alone. "Astral Weeks" has sent a battalion of musicians galloping down the road to ruin.

Phil Lynott once told me he’d probably never have persevered on his brutal path to stardom if he hadn’t heard it.

Midwesterner Bob Seger temporarily forsook Rock ‘n Roll and reinvented himself as a folkie under its Belfast influence; while it crippled rock critic Lester Bangs, for he knew he’d never come close musically – better instead to write a heartfelt treatise about “the greatest album ever.”

And yet, "Astral Weeks" was a flop at first. Warner Brothers had expected Van to deliver an album of "Brown-Eyed Girls" and had no idea what to do with it. But Lew Merenstein, its producer, was certain that something timeless had been created.

In fact, without Lew’s guiding hand it’s unlikely we’d even be talking about "Astral Weeks" now.

Merenstein had come from a jazz background and was asked by Warner Brothers to go listen to Van up in Boston where the 23-year old Belfast man was hiding out. Bert Berns, Van's longtime producer, who had signed him to Bang Records had died suddenly, supposedly after a vitriolic phone call between them.

Berns had shady connections and “the men in suits and pinky rings” were dismayed by Morrison discarding his "Brown-Eyed Girl" for the more sultry, cross-dressing Madam George.

Merenstein, however, was ecstatic about the new material and its jazzy free-form nature. He immediately thought of Richard Davies, the reigning double bassist on the New York scene.

Because of Van’s unwillingness to give any kind of direction, both producer and bassist knew that the project would demand unobtrusive but adventurous musicians.

Most of those chosen had already done two sessions that day, and they assembled after dinner at Century Sound Studios on 52nd Street. A drink or two had been taken, and the studio lights were low.

Van was already seated in a vocal booth with his acoustic guitar and didn’t care to introduce himself; when the drummer, Connie Kay, inquired what the Belfast man would like him to play, he was cryptically informed, “whatever you like.”

But Merenstein and Davies were prepared. They encouraged Van to lay down his vocal and guitar tracks. Davies listened for the groove of Van’s acoustic and the meter of his vocal and then swooped in with the musical intelligence and distinct touch that have graced hundreds of recordings.

When he’d settled within “the pocket”, the other band members followed him. It’s still fascinating for me to hear a killer musician teetering on the edge before diving in and, within fractions of a second, nailing the groove.

The New York “pocket” is wide and deep, second only to New Orleans, and oh how that fantastic band careened around it.

Occasionally they did a second take, but they recorded most of "Astral Weeks" in two 3-hour sessions. No need for computers, click-tracks, or punch-ins - what you hear is what you get - the triumph of poetry over machines and banal perfection.

And when it was over Van didn’t even bid the band good night. Merenstein reckoned the young singer was being reborn in those days. He caught no hint of the surly superstar Morrison has since become, nor any echo of the rebellious teenage leader of East Belfast’s "Them."

Instead, a half-century later, so many of us are still stunned, uplifted, and in a strange manner, redeemed every time we step into the mysterious aural back streets of "Astral Weeks."