Staff at a Lidl shop in Ireland were filmed ejecting a shopper who refused to wear a face mask, claiming that it was his constitutional right not to do so. 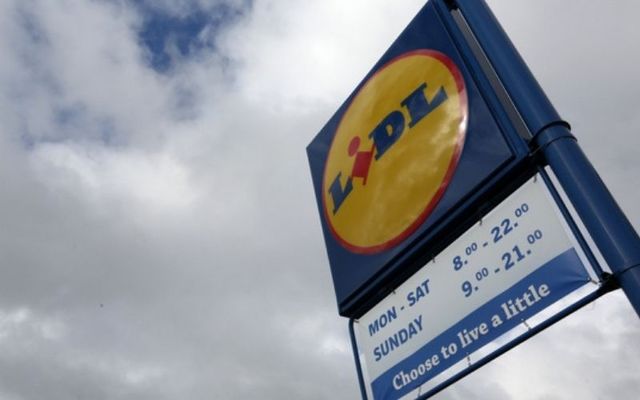 The man was asked to leave the Lidl supermarket. RollingNews.ie

Staff at an Irish supermarket were filmed ejecting a shopper who refused to wear a face mask and claimed that it was his constitutional right not to do so.

The incident took place in a Lidl supermarket in Ireland where staff repeatedly asked the man to leave the store because he wasn't wearing a face covering.

The enraged shopper frequently encroached upon the staff member's personal space and appeared to come within the recommended six-foot social distance on several occasions in the clip, which was posted to Twitter on September 12:

100% behind @lidl_ireland for ejecting these clowns.

Spouting on about constitutional rights when they can barely operate a shopping trolley.#WearAMask pic.twitter.com/JAPgM3dObm

The man flatly refused to leave the store when he was asked and claimed that it was his constitutional right not to wear a mask, prompting the staff member to try and take his shopping basket away.

Workers eventually took the man's shopping away from him and replaced it in the store as he tried to pay at the checkout.

Later in the video, the man and his female companion can be heard encouraging the worker to call the police. The pair appeared to believe that they were on the right side of the law and would be vindicated with the appearance of An Garda Síochána.

However, privately-owned stores, like Lidl, have the right to refuse service to any customer they see fit.

The man was later seen talking to members of An Garda Síochána outside the store in a separate video.

Most Twitter users lauded the staff workers for their attempts to remove the man from the store.

"100% behind @lidl_ireland for ejecting these clowns," one user said.

"Why was he let in the store without a mask!! That's why the virus is spreading in Dublin when you have clowns like this no mask going around breathing into people's faces!" another user said.

"@lidl_ireland please thank that member of staff for keeping the rest of us safe from idiots who ignore the rules and deliberately set out to incite a response for notoriety," one disgruntled Twitter user said.

The number of COVID-19 cases confirmed in Dublin has spiked in recent weeks, with the capital accounting for roughly half of all Irish coronavirus cases over the past two weeks.