Irish Oscar hopeful “The Quiet Girl” to get US theater release

The Irish language film "The Quiet Girl" ("An Cailín Ciúin") will get its US release in theaters in New York and Los Angeles from December 16. 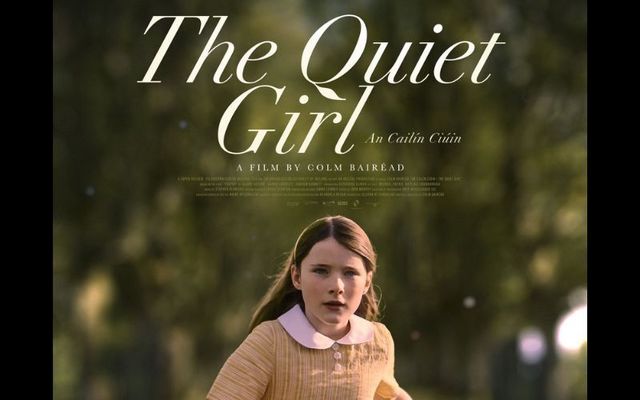 "The Quiet Girl" ("An Cailín Ciúin") will be released for an exclusive one-week run in the Angelika Film Center in New York City and AMC Sunset 5 in Los Angeles from December 16.

The Irish film has grossed over €1 million at the box office in cinemas in Ireland and the UK, becoming the most successful Irish-language film in history.

"The Quiet Girl" ("An Cailín Ciúin") is Ireland's entry for the Oscars Best International Feature Film category. It has been critically acclaimed internationally, with outlets like Variety and The Hollywood Reporter highlighting the film’s potential as a contender for Best International Film at the Academy Awards, the shortlist of which will be announced later this month.

Based on "Foster" by Irish author Claire Keegan, "The Quiet Girl" ("An Cailín Ciúin") is a complex and delicate coming-of-age drama that explores questions of family, neglect, and loss through the eyes of its young protagonist. Cáit is a nine-year-old girl from an over-crowded, dysfunctional and impoverished family. Quietly struggling at school and at home, she has learned to hide in plain sight from those around her.

As summer arrives and her pregnant mother’s due date approaches, Cáit (played by Catherine Clinch) is sent to live with distant relatives. Without knowing when she will return home, she is left at the stranger’s house with only the clothes she is wearing.

The Kinsellas, a middle-aged couple she has never met, dress the girl in what clothes they have. They are farming people, like her own, but hard-working and wanting for nothing, it seems. Despite a warm reception from the woman, Eibhlin (Carrie Crowley), the man of the house, Sean (Andrew Bennett), keeps his distance from Cáit and she from him, but over time their strained relationship begins to deepen. Slowly, in the care of the Kinsellas, Cáit blossoms and discovers a new way of living.

But in this house where affection grows and there are meant to be no secrets, she discovers one painful truth.

Since its release last May, the film has been a major hit at international film festivals, winning a slew of awards and garnering five-star reviews from critics.

"The Quiet Girl" ("An Cailín Ciúin") will play at both the Angelika Film Center in New York City and the AMC Sunset 5 in Los Angeles from December 16.

You can watch the trailer for "The Quiet Girl" ("An Cailín Ciúin") here: