"The Quiet Girl" is one of two Irish films that have been ranked among the best movies of 2022 by Rotten Tomatoes. 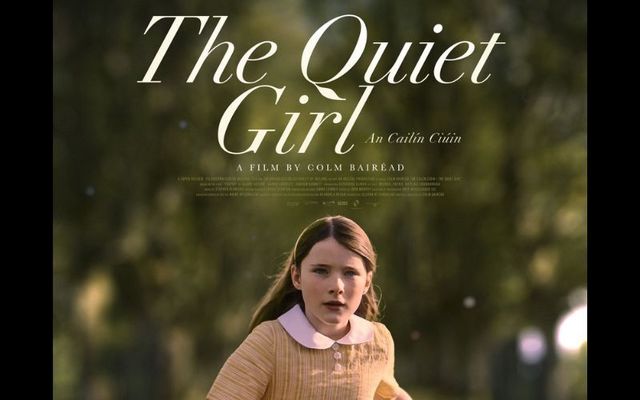 "The Quiet Girl" was ranked as the best film of 2022 by Rotten Tomatoes.

“An Cailín Ciúin” [“The Quiet Girl”], an Irish language film, has been ranked as the best movie of 2022 by the popular review site Rotten Tomatoes.

"The Quiet Girl" scored an enviable 100% on the ‘Tomatometer,’ receiving high marks from nearly 50 critics.

“Few films explore both the shelter and the solitude of silence with the eloquence of Colm Bairéad’s gently captivating Irish-language drama 'The Quiet Girl,'” David Rooney wrote of the Irish film in The Hollywood Reporter.

“[Colm] Bairéad’s script, based on a short story by Claire Keegan, remains resolutely focused on the smaller end of the scale, the intimate, ordinary sorrows of loneliness and loss and coming of age,” Jessica Kiang wrote in Variety.

Set in 1981 rural Ireland, “An Cailín Ciúin” [“The Quiet Girl”] follows nine-year-old Cait as she is sent away from her overcrowded, dysfunctional family to live with foster parents for the summer. Quietly struggling at school and at home, Cait has learned to hide in plain sight from those around her. She blossoms in their care, but in this house where there are meant to be no secrets, she discovers one painful truth.

US audiences will finally have the chance to see “The Quiet Girl,” which is Ireland’s official entry in the International Feature category for the 2023 Oscars, in theaters this month.

IT'S COMING! 🇺🇸 On DEC 16TH #TheQuietGirl opens in NYC & LA exclusively for ONE WEEK ahead of its full release in FEB! Book 🎟🎟 to these first screenings in US theaters @AngelikaFilmNY & @AMCTheatres Sunset 5 🎬 Here’s our new US trailer! @SUPERltdfilm @IrelandinLA @IrelandinNY pic.twitter.com/uRy2Tm3gBP

"It's a gut punch of a comic-drama that keeps finding new ways to land hard-hitting body blows, and it's easily one of the year's very best films," critic Adam Graham wrote of the film in the Detroit News.

"It’s visually stunning and consistently witty while being unafraid to ask serious questions about life as it is, and should be, lived. It is proper art," critic Kevin Maher wrote in the Times (UK).

Set on a remote island off the west coast of Ireland, the film follows lifelong friends Padraic (Farrell) and Colm (Gleeson), who find themselves at an impasse when Colm unexpectedly puts an end to their friendship.

A stunned Padraic, aided by his sister Siobhan (Condon) and troubled young islander Dominic (Keoghan), endeavours to repair the relationship, refusing to take no for an answer.

But Padraic's repeated efforts only strengthen his former friend’s resolve and when Colm delivers a desperate ultimatum, events swiftly escalate, with shocking consequences.