LISTEN: Behind the scenes in the making of "An Cailín Ciúin" with Irish Stew Podcast

Director and producer Colm Bairéad and Cleona Ní Chrualaoi sit down to discuss how their Irish language movie "The Quiet Girl" is making noise around the globe. 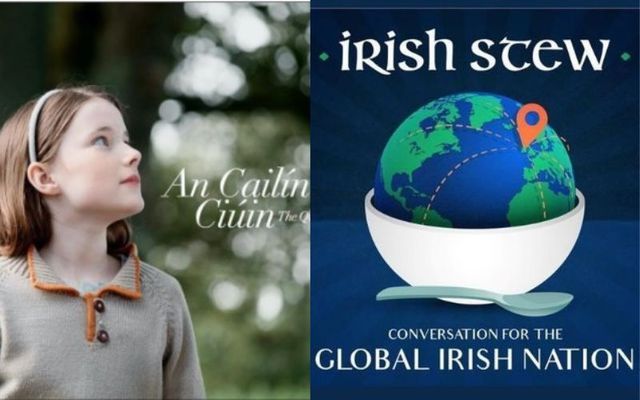 Join the Irish Stew Podcast as they go behind the scenes in the making of "An Cailín Ciúin" and how things seemed to pull together in a special way despite significant challenges.

In times past, the Irish language was thought by some to be a mark of backwardness. In this episode, husband and wife team, Colm Bairéad (director and writer) and Cleona Ní Chrualaoi (producer) reveal how Ireland's native tongue provided entrée to the world of movie-making leading ultimately to the creation of An Cailín Ciúin (The Quiet Girl), Ireland's nominee for the Best International Feature Film Oscar.

While there are a number of hurdles to jump before the final five Oscar nominees are announced, there is little doubt that An Cailín Ciúin is meeting with approval from both general audiences and film critics, racking numerous awards at film festivals around the globe beginning with a Grand Prix award at the Berlin Film Festival in February

Cleona and Colm chat about how the Irish language shaped their lives, sometimes in not the most comfortable of ways. They track their paths through Irish Radio and TG4 (Ireland's Irish Language TV Channel) where they met and how they resolved to make a feature-length fiction film using their Inscéal production company.

Irish Stew, the podcast for the Global Irish Nation featuring interviews with fascinating influencers proud of their Irish Edge. If you're Irish born or hyphenated Irish, this is the podcast that brings all the Irish together. The podcast is hosted by John Lee and Martin Nutty.