Join the Irish Stew Podcast for another global Irish nation conversation with Deirdre Ryan, a former Olympian and now an ambassador for Irish food. 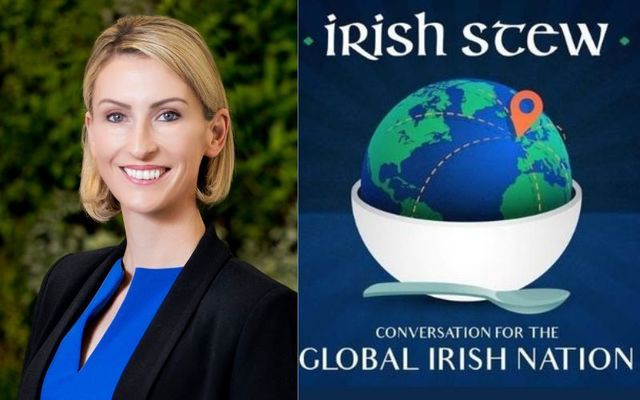 The Irish Stew's 49th episode features Deirdre Ryan, a world-class athlete who competed for Ireland on the global stage and who is now putting her focus on the excellence of Irish food.

Born in County Dublin, Deirdre studied business and Italian then worked, studied, and trained in Milan. To train and work in Germany, she learned to speak German and she’d go on to work in Belgium, Switzerland, and the UK before returning to Ireland full-time.

Along the way, she reached new levels as a high jumper, culminating in a sixth-place finish in the 2011 world championships (later moved up to fifth when a Russian athlete was banned) and set the Irish record when qualifying for the 2012 Olympics in London, competing there despite training setbacks from injuries.

As she trained, she developed an interest in food, nutrition, and sustainability, making her a natural fit for Bord Bia, the Irish Food Board, where she is helping the Irish agriculture and food sector “clear the bar” to a greener future as the Director of Sustainability & Quality Assurance for Bord Bia’s Origin Green initiative.

Join the Irish Stew Podcast for a story of sustained excellence in business and athletics, and of sustainability in the Irish food sector in our “Global Irish Nation Conversation” with Deirdre Ryan.

Irish Stew, the podcast for the Global Irish Nation featuring interviews with fascinating influencers proud of their Irish Edge. If you're Irish born or hyphenated Irish, this is the podcast that brings all the Irish together. The podcast is hosted by John Lee and Martin Nutty.