The single is the Irish singer's first release since 2016 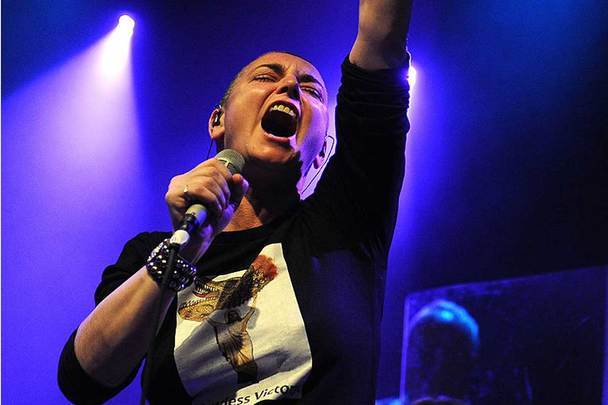 Sinead O’Connor has released a cover of Mahalia Jackson’s gospel song 'Trouble of the World' to benefit Black Lives Matter.

The single is O’Connor’s first release since 2016.

“Every movement needs a soundtrack,” the Irish singer told Rolling Stone. “And the soundtrack for the Black Lives Matter movement was written and recorded in the Fifties by artists like Mahalia Jackson.”

O’Connor initially recorded the cover for her next album ‘No Veteran Dies Alone’ but decided to drop the single early in light of recent events. The rest of the new album, produced by David Holmes, will be released in 2022.

Mahalia Jackson, a gospel singer born in New Orleans, released 'Trouble of the World' in 1959. Jackson was a Civil Rights activist who traveled with Dr Martin Luther King Jr and performed at the March on Washington in 1963. She died in 1972 and was inducted into the Rock & Roll Hall of Fame posthumously by Mavis Staples in 1997.

“It’s terribly important to introduce these artists again to show the power of music, to provide encouragement. Music is there to entertain but that’s not it’s only purpose,” said O’Connor, according to the Daily Telegraph.

The 53-year-old has always been a socially conscious singer. Her 1990 song 'Black Boys on Mopeds,' about the police killing of a young black man in the UK, is now being covered by other artists in the wake of George Floyd’s death earlier this year.

O’Connor, who was touring when the pandemic put everything to a halt, decided to use the lockdown time to study to become a palliative healthcare assistant. She will also release her memoir next year before her new album comes.

“I didn’t write anything that I would have found too painful to write about. I wrote about things I could manage and it was written mostly five years ago and I’m a very different person now. Hopefully if I’ve done my job right, it’s a funny book. And with any luck you’re gonna forget who you are reading about for the first three quarters. And at the end you’ll go ‘Holy s---, that’s Sinead O’Connor.’ ”

O’Connor released her version of 'Trouble of the World' on October 2. All proceeds from the single will benefit Black Lives Matter charities.