Shane MacGowan is on a creative roll - The Pogues frontman's art exhibit "The Crock of Gold & The Eternal Buzz" has been extended at the Andipa Gallery in London. 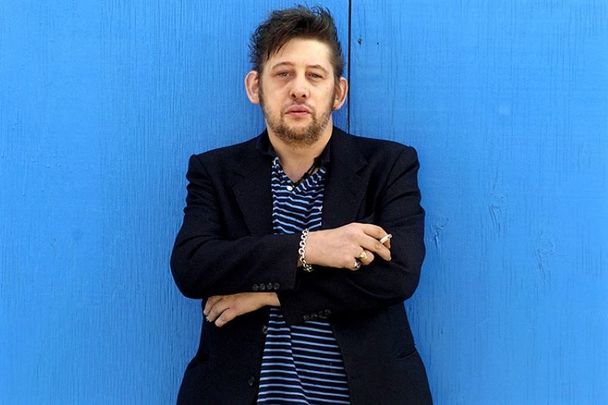 Shane MacGowan, the former frontman of the Irish band The Pogues, has found a creative outlet in his art and it seems to be as successful for him as his music.

MacGowan's"The Crock of Gold & The Eternal Buzz" art exhibit at the Andipa Gallery in Knightsbridge in London has been so successful that its run has been extended through November 5.

MacGowan, speaking to the Guardian's Observer, said he "was just blown away by the whole thing".

Shane MacGowan's work, which has been described by the art critic, Waldemar Januszczak, as possessing a ‘demented, wild,...

Even Kate Moss has bought his work.

"Shane can get away with being unfriendly but he actually really enjoyed it," she told the Observer. "He doesn’t normally like to be told he is good at things but he’s beginning to like the idea his art is good."

Speaking at his apartment in Dublin, MacGowan said that the violence that surrounded him in his youth influenced his art. He says he sees himself as “a realist who can’t draw very well”.

“I am a primitive artist really. I drew them to amuse myself on boring journeys on pieces of paper and sick bags and things. I suppose I’m just creative. People have told me I am.”

He added, “Kate [Moss] always has very cool art in her homes so I was very pleased she liked it."

Clarke said: "The band Fontaines DC bought Shane’s very strong, almost aggressive portrait of Bono, so they were all Irish bands together."

Thank you @fontainesdublin for buying #BONO ! Don’t stare at it for too long it might be dangerous @andipagallery pic.twitter.com/jrcFTlWXA4

She also noted that his discipline is non-existent.

"He has no studio and no discipline. He works in watercolors and acrylics, and ink mainly, but also with found materials, like my lipstick. It varies, like his moods.”

“He would draw anywhere then,” says Clarke. “On a restaurant menu, a hotel room service card, or my receipts and bank statements. Even the walls, but not once on a canvas.”

MacGowan has also just finished recording a new album with the Irish band Cronin. The former Pogues frontman hasn't recorded an album since "The Crock of Gold" in 1997. He told Radio Nova in December 2021 that he's been working on the album with the band since 2015.