Irish punk group Fontaines D.C. won Album of the Year last year from BBC 6 Music and is only just getting started. 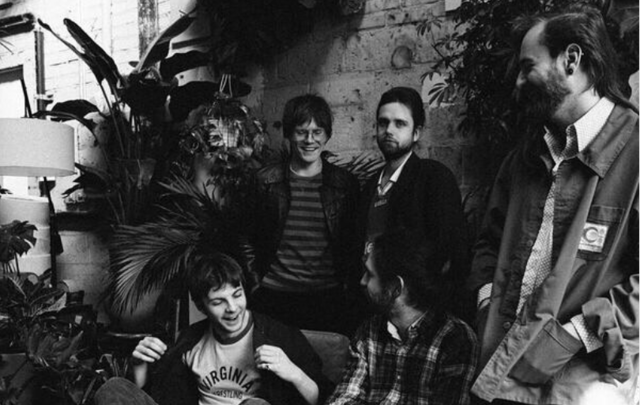 Irish punk group Fontaines D.C. won Album of the Year 2019 from BBC 6Music and is only just getting started.

Just announced for Coachella 2020, Dublin band Fontaines D.C. is our Irish Music of the Month pick.

Each month, IrishCentral will be highlighting some of the best of new Irish music across any and all genres. If you'd like to be featured, get in touch with us at editors@irishcentral.com.

Who is Fontaines D.C.?

Fontaines D.C. is a post-punk rock band from Dublin, although a few seconds into listening to the band it would be easy for you to tell where they're from!

The Guardian declared that their first album is "as quintessentially Dublin as the work of James Joyce was a century ago" and the heart of Ireland's capital runs throughout, from opener "Big" to "Dublin City Sky" at its close.

Composed of frontman Grian Chatten, as well as Conor Deegan III, Conor Curley, Carlos O’Connell, and Tom Coll, there is no softening of the Dublin brogue, although lead singer Grian was the only one to grow up in Dublin.

In fact, Dublin is even hiding in the name of the band. Originally named after "The Godfather" character Johnny Fontane, D.C. - standing for Dublin City - was added after the group discovered a band in Los Angeles had the same name.

“I think of Dublin and our music as one and the same, because it was written by people who were intensely absorbed by the city,” Chatten told The Guardian.

“We were just really consumed by it; it influenced us in just the way street corners looked and how people spoke, and absolutely every aspect of it filtered through.”

What was Fontaines D.C.'s first album?

Thanks a million @roughtrade for naming ‘Dogrel’ as your #1 Album Of The Year. To celebrate we’re releasing an exclusive coloured vinyl version of ‘Dogrel’ plus an exclusive 12” titled ‘Darklands Versions’ featuring some of the singles recorded at Darklands, Dublin and previously unreleased B-sides. We’ll also being playing some in-stores, so purchase a vinyl via our tour page for tickets (ltd to one ticket per purchase). Otherwise you can pick up a vinyl via our store or at Rough Trade. Link in bio.

After signing with Partisan Records in November 2018, Fontaine D.C.'s first album "Dogrel" reached us in April 2019. The title is a homage to  Doggerel, working-class Irish poetry that dates back to 1630.

The group had initially bonded over their love of poetry when they met while attending the British and Irish Modern Music Institute in Dublin. Before finding music stardom, they even published two collections of poetry together.

Hailed as the "perfect debut" with a five-star review from The Guardian, "Dogrel" won Fontaines D.C. the Best Album of the Year 2019 from both Rough Trade and BBC 6Music.

While the album acts as a love letter to the city, it doesn't shy away from what the band describes as its "dying culture."

“It feels very important to explore the dying culture that’s being murdered by gentrification,” they told The Guardian.

“It’s casting a shadow on what we love about the city and that gives us the impetus to write about what’s in that shadow.

“The increase of tech companies here, all of the capitalist stuff going on in Dublin right now, the focus on money over quality of life or art, is why gentrification is a given now. I think romantic Ireland is dead and gone.”

You can have a listen to the album here:

The band has a few dates lined up for the start of 2020 in the UK and Australia. You can keep an eye out for more here.

The group has also just been announced for Coachella 2020.

Listening to some great Irish music that you think we should know about? Be sure to let us know at editors@irishcentral.com.