The rise and fall of Seán Quinn, who was once the 117th richest man in the world, is chronicled in the new RTÉ documentary series "Quinn Country." 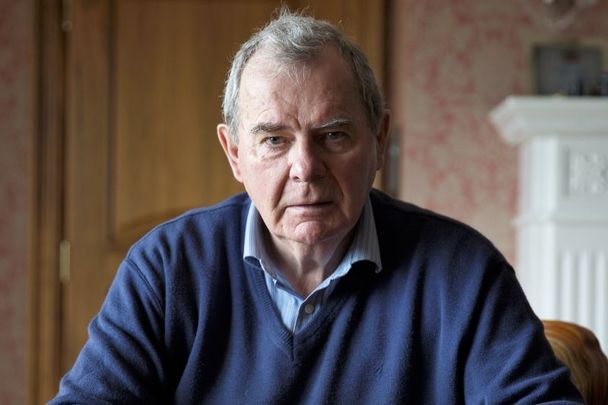 Seán Quinn, the son of a farmer who couldn’t read or write who became Ireland’s richest person and the 177th wealthiest in the world, has been speaking publicly for the first time about how he lost his fortune during the collapse of the Celtic Tiger.

In "Quinn Country," a three-part documentary series airing this week on RTÉ, Quinn recalls how he was a school dropout – “the dunce who remained at home milking the cows” – until he realized farming was not for him.

He went into business, initially towing gravel by truck, buying a huge quarry, creating a cement factory, building and buying hotels and pubs, developing his own insurance company and extending his interests across Europe, and owning a private jet and mansions.

Quinn, now 75, tells of how he worked to build his business empire from a base in Derrylin, a village on the Fermanagh-Cavan border, for his five children over a 30-year period which included much of The Troubles in Northern Ireland.

He also tells of how he invested a large part of his fortune in Anglo Irish Bank which collapsed and ultimately led to his downfall.

The three-part series "Quinn Country" was made by Belfast production company Fine Point Films which had exclusive access to the former billionaire.

The program was originally scheduled to screen last January but it was dropped after RTÉ received a letter in the same week last December as three Dublin criminals were sentenced to periods of from 15 years to 30 years for a barbaric attack on former Quinn management team member Kevin Lunney.

The letter from Lunney and fellow directors at Mannok, which is what the company is now called with Quinn departed, highlighted fears for directors’ families who remain under police protection, the Irish Independent reports.

In Monday night’s opening program of the series, Quinn, who has always vehemently denied being the paymaster or having any links to the gang that carried out intimidation of his former managers, remained defiant.

He said it was “beyond comprehension” that people who were his friends, his staff, and his neighbors would blame his family for being involved in criminal activity and for abducting Lunney.

“And then to turn around now and blame us for criminal activity and abducting Kevin Lunney, it’s beyond comprehension, that your own staff, your friends, your neighbors would do it to you.”

Quinn also insisted that he didn’t take losing his empire lying down.

He said, “I would accept the fact that I’ve been critical about them, and some of the truths that I’ve told about them would have created a toxic climate. If telling the truth is an incitement to hatred, then I’m guilty.”

Quinn said he “saw a lot in common” with the Anglo-Irish Bank’s former chairman, the late Sean Fitzpatrick, and its disgraced CEO David Drumm.

But in hindsight, he said, “We took money out of good companies. I foolishly – I’m not going to blame anyone else – put the money into Anglo.”