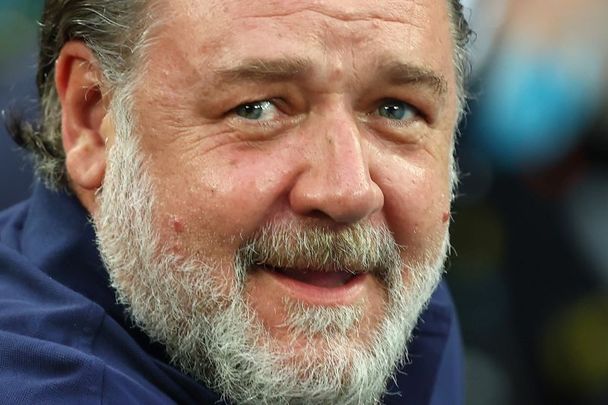 O’Shea, a broadcaster with RTÉ, shared the news about Crowe's donation on his Instagram page on December 24, Christmas Eve.

“I had logged off for Xmas, but once again, we have had a minor miracle,” O’Shea wrote. “It is the season and all…

"Thank you to the legendary @russellcrowe for the most bafflingly brilliant support of @therickosheabookclub Xmas Appeal, again!!!!!!

The annual Rick O’Shea Book Club Xmas Appeal, now in its fifth year, is raising funds for the Dublin Society for Prevention of Cruelty to Animals (DSPCA) and the Peter McVerry Trust, an Irish housing and homeless charity.

At the time of publication, O’Shea’s appeal had raised more than €31,000, surpassing its target of €25,000, thanks in no small part to Crowe’s donation.

O’Shea’s book club appeal will remain open until the first Monday in January.

Crowe, who was born in New Zealand and raised in Australia, has a great grá for Ireland and is a frequent visitor.

Earlier this year, he was staying in Dublin as he filmed the new thriller "The Pope's Exorcist."

While in Dublin, he stopped by RTÉ's The Late Late Show where he told host Ryan Tubridy: "I do feel I am amongst kindred spirits on the set here in Ireland."

Not long after his RTÉ appearance, Crowe was down in Co Limerick to visit one of his favorite pubs, Charlie St. George in Limerick City. His generosity was on full display again as he bought drinks and signed some autographs:

Drinks on the house in Limerick pub courtesy of @russellcrowe https://t.co/JsmbJSxkQB

Later, in November, Crowe made sure to draw attention to RTÉ's Toy Show Appeal as well:

Safe to say Crowe will enjoy another warm welcome whenever he ventures to Ireland again.