There's a good reason why Rory McIlroy might have other things on his mind these days than a golf ball – his wife, Erica, is pregnant with their first child, a baby girl, and is due to give birth any day now. 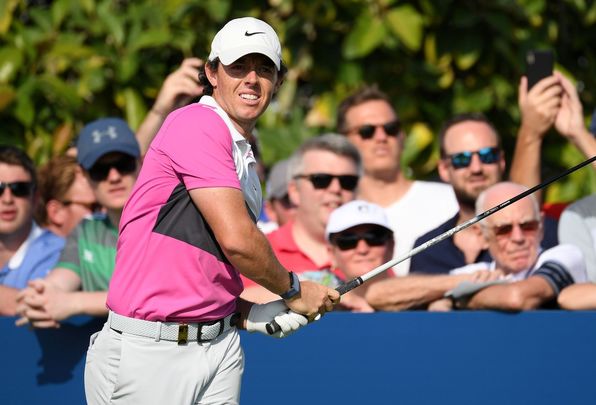 It’s not been a banner year for Rory McIlroy, results-wise, on the PGA Tour, but no doubt the arrival of his little lady will be the best major of all when she arrives.

The Golf Channel commentator Steve Sands dropped the happy news on Saturday, while Rory McIlroy was competing in the BMW Championship in Illinois.  The Northern Irish superstar ranked fourth in the world, confirmed the stork is on the way during a press conference.

"We're about to be parents very soon, so we're obviously super excited," he said.

"We've been sharing the news with friends and family, obviously, but I didn't think it was something that I really particularly needed to share out here. It's a private matter, but we're really excited and can't wait for her to get here."

Read more: Matt Damon living it up in Georgian mansion on return to Ireland

There’s a big-money tournament coming up this weekend, the $15 million Tour Championship in Atlanta, but Rory, who’s already worth millions, is putting dad-to-be duties first.  Should he get the call that Erica is in labor, he’s outta there.

"I'm going to play in many more Tour Championships and it's only going to be the birth of your first child once. That trumps anything else,” he said.

Rory McIlroy's Wife Erica Is Due 'Any Day Now' With The Couple's First Childhttps://t.co/CYTB89PnyE pic.twitter.com/fmDC3yRIvL

Awaiting the appearance of the first American McIlroy has definitely impacted his game, Rory says, but he’s not using the impending birth as an excuse for his lack of wins this strange season.

"Not so much the first few weeks, but the last couple of weeks, when you're sort of -- you're going out to play and maybe not knowing whether you're going to finish the round or not," McIlroy said. "Look, it's definitely not an excuse. I just haven't played well enough. But again, it's a nice -- I keep talking about perspective. If you do play bad, I've got some awesome stuff coming up on the horizon, which is really cool, and it makes the bad days a lot easier to handle.”

Read more: New Irish films to check out this fall