Bono finds what he's looking for in "Sing 2"

U2's Bono is the "real showstopper" of Sing 2, "that's the benefit of having genuine rockstar royalty in the cast list." 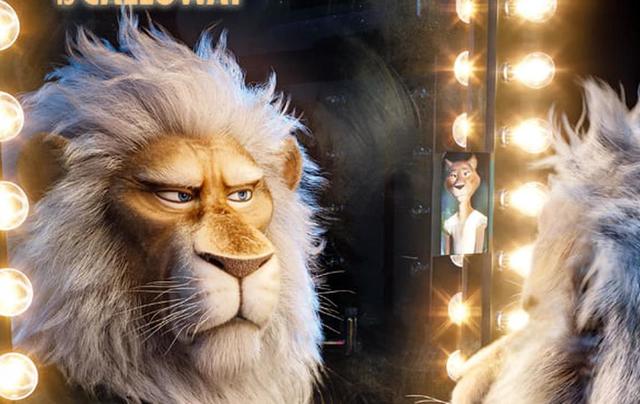 Bono has played many parts over the years: singer, statesman, philanthropist, and more, but in Sing 2 we see him play the role he was born to: a reclusive rockstar lion with a broken heart.

The reclusive rockstar in question is called Clay Calloway, a lion who once ruled the airwaves but who retreated from public life after the passing of his wife, a tragedy he can't get over, or as the U2 song says a moment he's stuck in that he can't get out of.

If you haven't seen the first Sing (and why not, it's adorable) in 2016, it's not important, the new sequel is even better. Featuring the voices of Matthew McConaughey, Reese Witherspoon, Scarlett Johansson, and more, "Sing 2" is an irresistible holiday treat arriving just in time to take your mind off the current tough times.

Following up with the talented singing crew from the first movie, on this go round, the ambitious koala Buster Moon (McConaughey) and his all-star cast of animal singers plan to take their show to the next level with a performance in a Vegas-like venue where the evil Mr. Crystal (Bobby Cannavale) casts the deciding vote with a thumbs up or down. 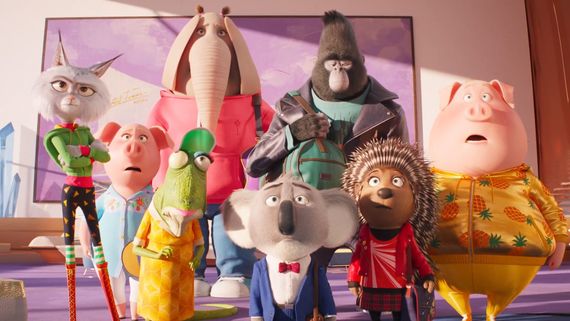 Sing 2 gets the band back together for another fun outing

Despite the steep odds Buster still thinks his crew has the chops to go all the way, but a visiting talent scout thinks they're just well-meaning rank amateurs and walks out before they even perform.

Before you can say I have a crazy idea, Buster hatches a do or die plan to up the stakes and give his would-be stars their vehicle, by persuading the world's most reclusive rock star - played by the U2 rock god Bono, making his animated film debut – to become a part of their plucky underdog team.

When Buster and Ash sneak into Calloway's estate, they know they're on a fool's errand but desperation drives them. There he is, the big reclusive rockstar, sitting under a tree looking about as sad as any lion can do.

When the pair tell him that they want him to come back to the rock arena he's long ago abandoned, they get the answer they expect, a flat no. Calloway has lost faith in music, in his talent, and behind that in himself. What's the point of singing if the person you wrote the famous songs for isn't around to hear them?

You'd be surprised how moving a setup like this turns out to be in a kids cartoon movie and Sing 2 really knows how to speak to the adults in the audience with some storylines that run a little bit darker. 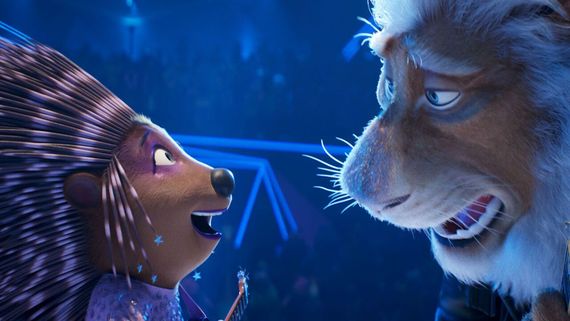 Buster leaves in frustration but Ash sees something to work with and stays behind. In a moment of sadness of her own, she sings the U2 signature anthem Stuck In A Moment You Can't Get Out Of and Calloway hears her. As she strums and sings, he joins her on the stoop and what was hidden deep inside him finally reemerges.

We are talking an entire box of Kleenex at this point. Bono gives a heartrending performance of his own work and he's as good or better in his role than actors who have been lending their voice to films like this for decades.

Did I mention Sing 2 is also hilarious? Well, it is. The characters are delightfully well-observed and even throwaway scenes like a blossoming first love between two shy elephants is so gorgeous that it completely lifts the film.

As in life, so it is in Sing 2, Bono is the real showstopper of this film. When he returns to the arena for a rousing rendition of I Still Haven't Found What I'm Looking For he raises the roof and brings the sequel to a level that it didn't achieve in the original go-round. That's the benefit of having genuine rockstar royalty in the cast list.

And now that he's made his cartoon debut as a broken-hearted lion who gets his groove back, can we expect a live-action turn in Bono's near future? Will the success of Sing 2 (and it's going to be one) encourage him to find a script? Check him out in this lively, diverting new film this week and make your own mind up.