Pierce Brosnan gets creepy in “False Positive” alongside Ilana Glazer

The Irish actor plays a suspicious fertility specialist in the horror film streaming on Hulu in June. 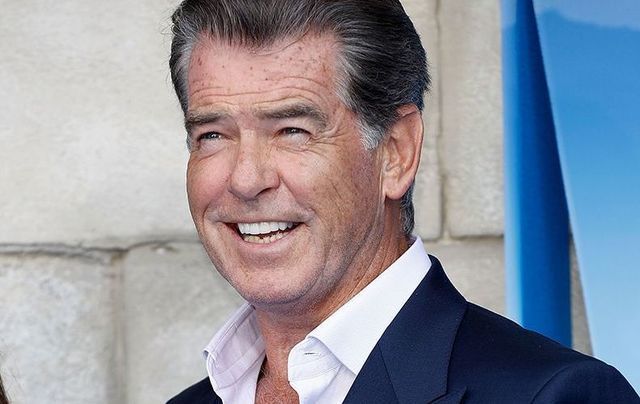 "Am I gonna be one of those women who has it all? My career, my kids, my old man by my side?" asks Lucy, in the movie's trailer.

In the film, the 68-year-old former James Bond star plays a  good-looking, seemingly charming and caring fertility expert until the story takes a strange turn.

After Lucy gets pregnant with a baby girl, she begins to grow suspicious of the slick Dr Hindle and sets out to uncover his true intentions.

"It's about how the patriarchy is expressed through medicine," Glazer, 33, previously told EW. "Lucy believes that, at a base level, she is free and in charge of her own decisions. But she's not."

Glazer, who co-created and starred in the sitcom "Broad City," co-wrote the film's script with director John Lee.  According to EW, “False Positive” is based on a story Lee had co-written with author Alissa Nutting that examined the role of the patriarchy in fertility medicine.

“False Positive” will premiere  at the Tribeca Film Festival on June 18 and will begin streaming on Hulu on June 25. Watch the trailer below.