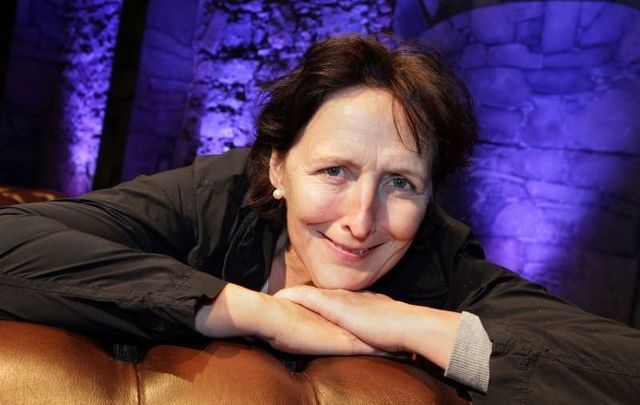 Waller-Bridge, who won all sorts of awards for the hilarious Amazon Prime show "Fleabag" which is still on the streamer, told The Times of London recently that Shaw is her “muse” and has been ever since she saw the Cork-born actress on stage in Medea. Phoebe was only 16 at the time.

“I discovered that you must always meet your heroines as long as your heroine is Fiona Shaw,” Waller-Bridge told the Times.

“You can walk away from a single conversation with Fiona feeling as though you have been in the presence of Aphrodite, your mother, your long-lost lover, a president you want to impress, your friend that always gets you into trouble, a poet, Mother Nature, someone who once had a martini with the devil and all the best bits of the British Library. Being in conversation with Fiona gives you the feeling that you have been gifted something you are not sure you deserve.”

Shaw had a small part in "Fleabag," and a much bigger one on the other hit show that Phoebe created, "Killing Eve," which is available on Hulu.

“She’d squirm at me saying this, but it is a privilege. Professionally she is something of a muse,” Waller-Bridge says.

“Since working with her I have found myself writing for her on a whim; a line will come to me that I just know is for her and I’ll write it down under a note labeled ‘Fiona.’”

For her part, Shaw thinks PWB is the real deal.

“You just want some of her to rub off on you because she leaves gold dust in her wake. Phoebe is a force. When you are in the same room you feel her vibrancy,” she told Big Issue a couple of years back.