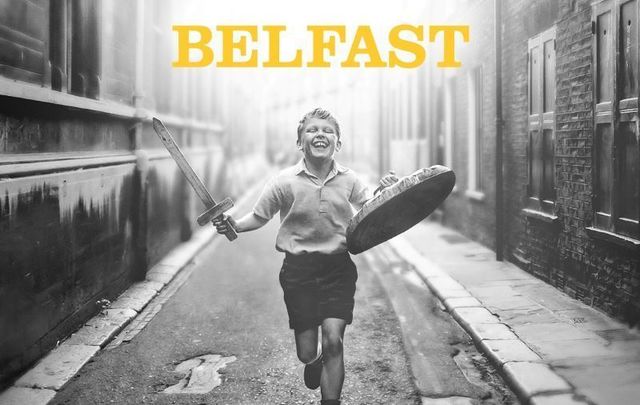 Kenneth Branagh's upcoming drama telling the story of a young boy growing up in 1960s Northern Ireland has been tipped as an early contender for next year's Academy Awards.

"Belfast", featuring Jamie Dornan, Judi Dench, and Ciarán Hinds, tells the story of Buddy (Jude Hill) as he lives through the turbulent early years of the Troubles.

"We all have a story to tell," Dench says at the beginning of the two-minute trailer. "But what makes each one different is not how this story ends, but rather, the place where it begins."

We all have a story to tell...@caitrionambalfe, Judi Dench, Jamie Dornan, Ciarán Hinds and Jude Hill star in #BELFAST, a Kenneth Branagh film. pic.twitter.com/cLgaVb9dqd

The trailer shows Buddy playing on the streets of Belfast while his parents Jamie Dornan and Catríona Balfe express their love for one another against a backdrop of rising sectarian turmoil.

The film, which was produced by Focus Features and debuted at the Telluride Film Festival on September 2, will be screened at the upcoming Toronto Film Festival next week before it hits the big screen on November 12.

Belfast-born Kenneth Branagh has described the drama as his most personal film yet and said that it was "50 years in the making".

The film has been tipped as a potential Oscar winner by Variety writer Clayton Davis, who described the film as a "touching and moving portrayal of childhood and family".

Davis says that Branagh could be a contender in both the director and writer categories at next year's Oscars.

"He’s a respected and gifted artist in cinema who has shown no limits to his range. With a brisk 97-minute runtime, he gives outstanding character development, plenty of laughs and chuckles, and a tear-jerking ending that could melt the iciest of hearts," Davis said.

Branagh has been nominated for five Academy Awards during his glittering career and Davis believes that "Belfast" could finally propel the actor and filmmaker to long-overdue success at the Oscars.

Davis also tipped Dench and Hinds as "easy picks" for supporting nominations and said that Haris Zambarloukos’ cinematography will be a strong contender as well.

You can watch the trailer for Branagh's highly-anticipated drama Belfast below.