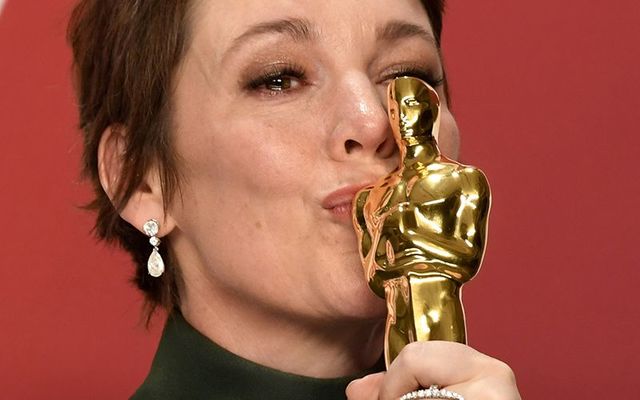 Olivia Coleman celebrates her 2019 Oscar win for Best Actress in "The Favourite". Getty

Olivia Colman beat off competition from her own idol, Glenn Close, at the 91st Academy Awards, winning Best Actress for her portrayal of Queen Anne, in the Irish produced historical dark comedy “The Favourite”.

“The Favourite” had ten Oscar nominations this year, tying with “Roma.” The film was shot by Irish cinematographer Robbie Ryan, who was also nominated and was partly post-produced in Dublin.

The third Irish nominee “Late Afternoon,” also missed out in the category of Best animated short.

Speaking on Colman's Best Actress win, Ed Guiney and Andrew Lowe, who head up the Dublin production company Element Pictures, commented “we are so delighted for Olivia, such a richly deserved award! The love for the film from audiences and critics alike worldwide has been gratifying and we are indebted to Yorgos for making a film we can all be so proud of. Long live the Queen!” 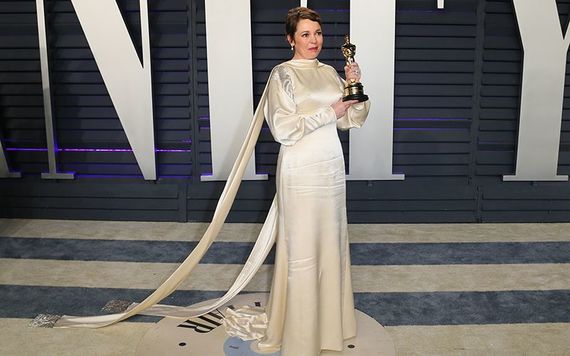 “The Favourite” has been a hit at the box-office since its premiere in Venice last August, with its current US box-office at over $30 million.

“The Favourite” stars Olivia Colman and Academy Award winners Rachel Weisz and Emma Stone and marks the third collaboration between Element Pictures and director Yorgos Lanthimos following award-winning films “The Lobster” and “The Killing of A Sacred Deer”.

The 2019 Academy Award winners are:

If Beale Street Could Talk (Barry Jenkins)
A Star Is Born (Bradley Cooper, Will Fetters, and Eric Roth)
Can You Ever Forgive Me? (Nicole Holofcener and Jeff Whitty)
BlacKkKlansman (Spike Lee, David Rabinowitz, Charlie Wachtel and Kevin Willmott) – WINNER!
The Ballad of Buster Scruggs (Joel Coen and Ethan Coen)

Shallow (A Star Is Born) – WINNER!
All the Stars (Black Panther)
I’ll Fight (RBG)
The Place Where Lost Things Go (Mary Poppins Returns)
When a Cowboy Trades his Spurs for Wings (The Ballad of Buster Scruggs)

Glenn Close (The Wife)
Lady Gaga (A Star Is Born)
Olivia Colman (The Favourite) – WINNER!
Melissa McCarthy (Can You Ever Forgive Me?)
Yalitza Aparicio (Roma)