Movie about 9/11 hero Fr. Mychal Judge to air in November

"Remembering Mychal" tells the story of FDNY Chaplain Mychal Judge. Twenty years after his death, he is beloved by many as the Saint of 9/11. 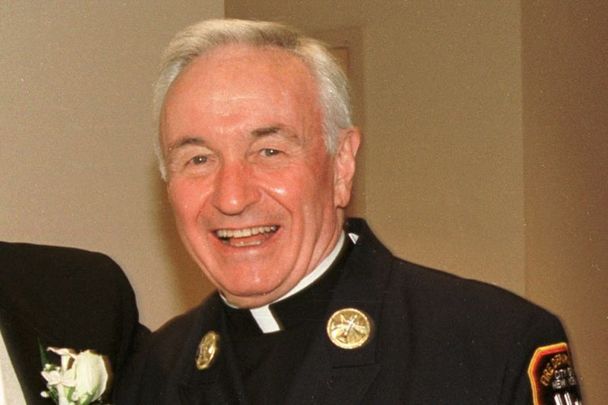 The premiere screening of Remembering Mychal, a new documentary on Father Mychal Judge, the FDNY chaplain who was the first documented victim of 9-11, will take place on Tuesday, October 26, at Scandinavia House, 58 Park Avenue in New York, at 7 p.m.

“On this 20th anniversary of 9-11 we gather in remembering our priest and good friend Father Mychal Judge," said the film’s producer and director Brendan Fay.

The film recalls the month’s mind gathering after the attacks on 9-11 where people shared their memories and stories of their priest and friend, the Franciscan Father Mychal.

On October 11, 2001, a month after Judge died on 9-11, friends gathered to grieve, find hope, and remember their priest and friend. He had a heart as big as New York with room for all, Fay recalled.

In stories, prayer, and song, parishioners from New Jersey and New York, recovering alcoholics, firefighters, Franciscans, Irish musicians, and the LGBT community, unwrap the life and heart of Judge in the documentary.  In tenderness, tears, and laughter a compassionate and human Father Mychal emerges, says Fay, the people’s Mychal Judge.

Visit www.eventbrite.com for ticket information, or reach out to Fay at 917-402-3134 or Brendan@stpatsforall.com.