Vergara and Manganiello have been in Ireland for several days and have shared snaps from Galway City and Shanahan's restaurant in Dublin. 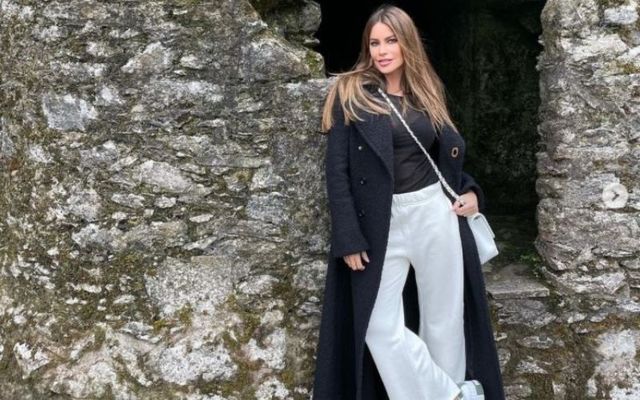 Modern Family star Sofia Vergara is undertaking a whirlwind tour of Ireland with her husband Joe Manganiello, most recently enjoying a traditional Irish chipper and taking in the sights at Blarney Castle in County Cork.

Vergara and Manganiello have been in Ireland for several days and have shared snaps from Galway City and Shanahan's restaurant in Dublin.

The pair toured Blarney Castle on Saturday afternoon with their dog Bubbles and shared images of the famous Irish landmark on Vergara's Instagram account.

The Colombian actress has been providing regular updates of the couple's Irish holiday on Instagram, including images of their traditional Cork lunch on Saturday afternoon.

Vergara shared images of Manganiello enjoying a bag of chips from Jackie Lennox's chipper on a park bench in Cork's Fitzgerald's Park on Saturday afternoon and also posed for a selfie in front of the park's iconic fountain.

Several eagle-eyed bystanders even saw the Hollywood power couple in-person at Jackie Lennox's, which has been operating on the Bandon Road for more than 70 years and is one of Cork's most famous chip shops.

Vergara is best known for her role as Gloria in the popular ABC sitcom Modern Family.

Vergara is not the first Modern Family star to travel to Ireland in 2021, with Sarah Hyland and Jesse Tyler Ferguson both sharing snaps of their stays in Ireland earlier in the year.