Michael J. Fox detailed how he and his brother dressed as waiters delivering room service to surprise his mother in a Belfast hotel. 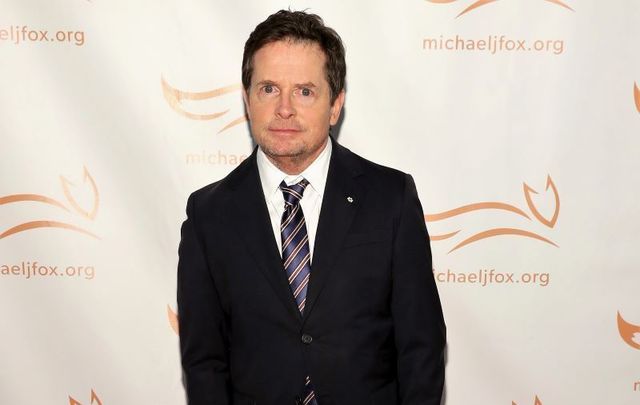 Michael J. Fox has roots in both Galway and Northern Ireland. Getty Images

Michael J. Fox, star of the iconic 'Back to the Future,' has revealed that he once flew to Belfast to surprise his mother for her 80th birthday.

Fox detailed the story in his book "No Time Like the Future", stating that he and his brother Steve dressed as waiters delivering room service to his mother Phyllis's hotel suite, where she was staying with her two daughters Jackie and Kelli.

Fox, who was diagnosed with Parkinson's disease when he was 29, said that he came up with the "outlandish" idea to surprise his mother on the day that she flew to Belfast with her daughters.

Fox's mother has roots in Northern Ireland and had flown to Belfast to visit her ancestral homeland on her 80th birthday.

The Back to the Future star detailed how the last-minute trip to surprise his mother nearly fell at the first hurdle when his brother Steve arrived at JFK from Vancouver.

"It was so last-minute and tightly scheduled, the only flights we could get required Steve to fly from Vancouver to JFK and then immediately transfer by car to Newark for our overseas flight," Fox wrote.

"There’s no easy way to get from airport to airport without taking a diagonal trip across Manhattan.

"I picked up Steve via a car service and soon we were trapped in metro New York traffic, crawling through the Lincoln Tunnel and then on to the terminal in Newark with only a few minutes to spare."

Fox and his brother Steve managed to make the flight thanks to a helpful airport security official, who rushed them to the flight gate.

"An off-duty airport cop volunteered to expedite us through security and blazed the shortest trail to the gate, luggage in tow.

"He put his foot in the cabin door as the flight attendant was closing it and tossed the two of us onto the plane. We made it just in time for Belfast."

Fox said that his mother's reaction to the surprise was a "mixture of shock and delight".

He said that his sisters had organized the holiday on both sides of the Irish border for his mother for her 80th birthday, with the Fox family also boasting roots in Galway.