Michael Flatley's Lord of the Dance reboot planned for 2021

Celebrating its 25th-anniversary the Lord of the Dance teams up with an Oscar-winning songwriter for a new show. 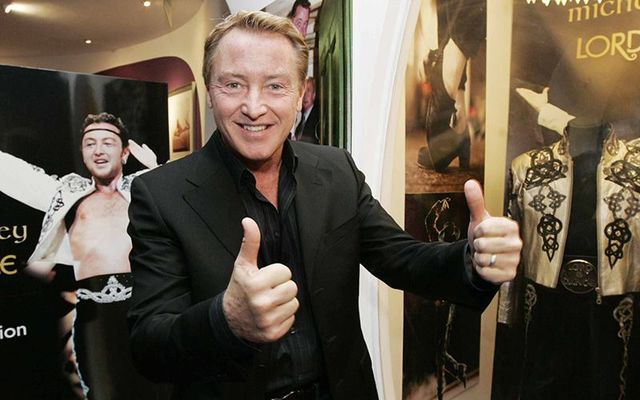 The Lord of the Dance, Michael Flatley. RollingNews

While COVID-19 put a kibosh on Riverdance's anniversary celebrations Michael Flatley is planning a major reboot for the Lord of the Dance show with a big reboot coming in 2021.

The 25th-anniversary celebrations for Riverdance were wiped out this year thanks to COVID-19, but Michael Flatley, the show’s iconic original male lead and creative force, is hoping 2021 proves to be better for his Lord of the Dance empire.

Flatley, as you may remember, departed Riverdance in 1995, the year when it took flight as a fully formed Irish music and dance show, but Flatley said goodbye after creative and financial differences with producer Moya Doherty.  He went on to create his own Lord of the Dance extravaganza in 1996 which has also toured the world, grossing millions and millions of bucks with multiple traveling companies delighting fans all over.

Lord of the Dance turns 25 in 2021, so it’s not surprising that Michael is planning a big celebration, even though COVID will likely still be part of our lives.  The Irish Sun reports that a reboot of Lord of the Dance is on tap and that Oscar-winning songwriter Don Black, known for his work with Andrew Lloyd Webber among others, is on board to help with the music.

Black, 82, has also written lyrics for several James Bond films.  He confirmed his collaboration with Michael in a new book, saying, “I have recently received a special Olivier award by the Society of London Theatre, and I am about to start work with Michael Flatley on his new production of Lord of the Dance.

“(Late wife) Shirley was a huge fan of Michael’s thrilling dancing. There was so much treasure left to share.”

No doubt there is, and hopefully, we will be able to enjoy and celebrate 25 years of Lord of the Dance in person at some point.  Ditto Riverdance, which scrapped its big New York engagement at Radio City Hall in March after performing only a couple of shows.