Happy birthday to the Lord of the Dance Michael Flatley! What age does the dancing star turn today?

Riverdance star Michael Flatley is in his seventh decade. We look at what the star is getting up to after retiring from professional Irish dancing. 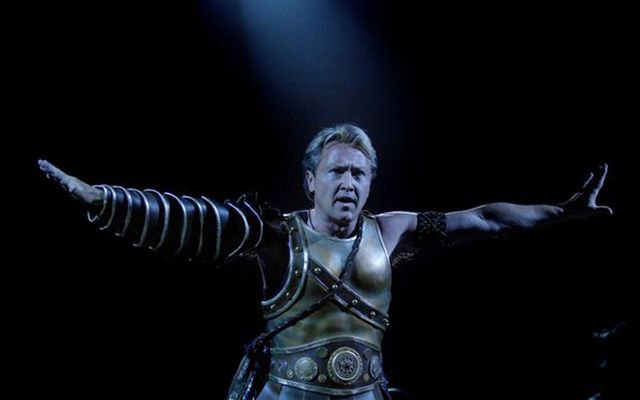 Today, Lord of the Dance and Riverdance star Michael Flatley is celebrating his birthday, entering into his seventh decade.

Born on July 16, 1958, Flatley was raised in Chicago where he rose to the top of the ranks in competitive Irish dancing. In 1994, he helped bring Irish dancing to the main stage when he was a part of Ireland’s Eurovision half-time show ‘Riverdance,’ which spawned several other Irish dance shows in the following two decades.

How old is Michael Flatley?

You may be surprised to discover that Michael Flatley turns 61 today. His fellow Riverdance star Jean Butler is 13 years is junior, aged 48.

What are Michael Flatley’s Irish roots?

The "Lord of the Dance" star has always acknowledged the huge impact his parents have had in shaping his career and life. His father, Michael, came from Culfadda, Co. Sligo, and his mother Eilish from Co. Carlow. They left Ireland in 1947 for Chicago “with nothing, like most Irish people,” according to their son.

Flatley was surrounded by Irish culture from an early age. Both his mother and his grandmother, Hannah Ryan, were good Irish dancers, he has said.

Coming to my birthday, I really miss you Dad. Thank you for everything I have. I’d have nothing or be nothing without you buddy. Love you. 🙏 pic.twitter.com/OcPfgpRRBw

He took his first Irish dancing steps at the age of four in his grandmother’s home in Co. Carlow. When he became a successful dancer, a front-row seat at his shows would always be left empty, in silent tribute to the woman who encouraged him when things were tough.

The young Flatley started Irish dancing lessons at the age of 11, and as a youngster, he would return to Ireland frequently. He competed in local feiseanna (Irish dancing competitions) in Sligo, winning trophies three years in a row, 1975, 1976 and 1977. In 1975, he won the All-Ireland World Championship in Irish dancing – the first non-European resident to do so.

Read more: IrishCentral was live with Riverdance in Dublin in aid of Alzheimers

It was in 1994 that he found fame with Riverdance.

What is Michael Flatley doing today?

After decades traveling the world as one of the world’s most famous Irish dancers, Flatley has since hung up his dancing shoes to settle into a new artistic career. Celebrating 22 years with Riverdance and Lord of the Dance, he gave his final performance in Las Vegas on St. Patrick’s Day in 2016.

Before this, his paintings were already causing a storm, selling at auction in 2015 for close to $128,000. Flatley makes his art by tap dancing on canvas.

Flatley’s most recent career move saw him act and direct in the movie “Blackbird," compared to somewhere between a remake of Casablanca and James Bond.

It has not yet been released, but the synopsis for Blackbird on IMDB, reads:

“Troubled secret agent ‘Blackbird’ abruptly retires from service and opens a luxurious nightclub in the Caribbean to escape the dark shadows of his past. An old flame arrives and reignites love in his life but she brings danger with her.”