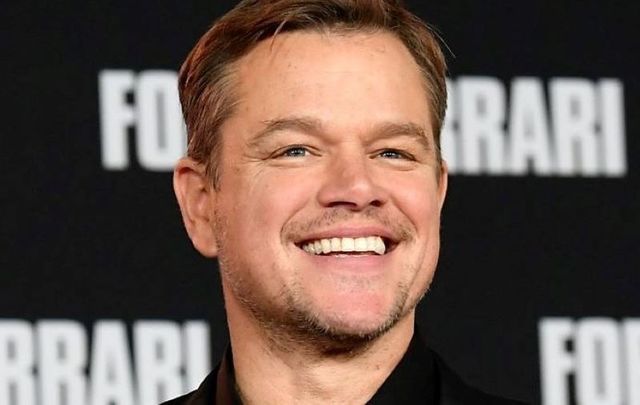 Matt Damon appeared on Marc Maron’s ‘WTF’ podcast this week ahead of the release of his newest film Stillwater, which arrives in US theaters on July 30.

At the start of the duo’s chat, Maron asks Damon: “Do you ever consider, do you have some plan in your head like, ‘I’m gonna leave, I’m gonna go somewhere else?”

Of course, anyone who was living in Ireland during the pandemic knows that Damon could only have one answer.

Damon was famously caught in Dalkey, a seaside town outside of Dublin, just as the pandemic lockdowns began in March 2020. Ireland quickly became fascinated and enamored with its temporary Hollywood resident, who frequently came under the protection of caring locals from prying paparazzi.

“We loved it there so much,” Damon tells Maron on the podcast, “and I was kind of in the back of my head, like, 'I could move here, I could live here.'”

Maron agrees: “That’s the place I always think of. I don’t even know why, I’m a Jew, I have no attachment to Ireland, but every time I go there, I’m like, ‘oh my god.’”

Damon explains and how was “lucky” to wind up in Ireland. After filming The Last Duel, which is due out later this year, in France, the crew landed in Ireland to wrap up shooting only for the country to be shut down.

“We stayed there for three months,” Damon says of Dalkey. “We got there, and we had rented all of these houses in this town. It was about a 15-minute drive to the studio, it was this beautiful little town.

“Everybody rented a place - well everybody left. So I was there and I kinda looked around, and we had a few people in our little group and we were like, well we got these houses, man, for three months.

“So we just moved into these houses and just kind of took it over and just had the best time.”

“I love it there,” Maron said.

You can listen to Matt Damon and Marc Maron heap the praise on Ireland in this week's episode of Maron's WTF podcast here: