Filmed around Ireland and at famous Irish landmarks in Dublin and Tipperary, the movie chronicles one of France’s last legally sanctioned duels. 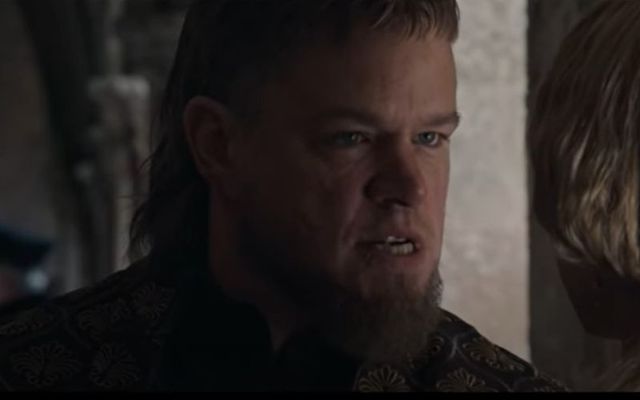 Matt Damon's latest movie "The Last Duel" filmed around Ireland and at famous Irish landmarks has been released.

Last year 'Matt Damon spotting' was the newest sport in Ireland when the Hollywood star and his family, were caught up in the first Irish lockdown during the filming of his movie "The Last Duel".

Damon decided to remain in Ireland for more than two months rather than return to the USA, describing his stay in Ireland as a "fairytale."

Famously on Easter Weekend last year, Damon went viral when he was spotted holding a SuperValu supermarket bag full of swimming gear as he prepared to go swimming near Killiney in Dublin.

Now, the trailer for "The Last Duel", starring Matt Damon which was partially shot in Dublin and Kilkenny has been released.

The film also stars Adam Driver, Killing Eve star Jodie Comer, and Ben Affleck and tells a story of betrayal and vengeance set against the brutality of 14th century France. Based on the book by Eric Jager, the movie chronicles one of France’s last legally sanctioned duels.

The clash took place between Jean de Carrouges (Damon) and Jacques Le Gris (Driver), two friends turned bitter rivals. Carrouges was a respected knight known for his bravery and skill on the battlefield, while Le Gris was a Norman squire whose intelligence and eloquence make him one of the most admired nobles in the court.

Both Matt Damon and Ben Affleck have worked on the screenplay for the film, their first writing collaboration in over 24 years since they won an Oscar for Best Original Screenplay for the movie Good Will Hunting.

Locations for filming included Irish landmarks such as Cahir Castle in County Tipperary and Bective Abbey in County Meath. The Last Duel opens in cinemas on October 15, 2021.