The Banshees of Inisherin is set to film off the west coast of Ireland later this summer and in search of paid extras. 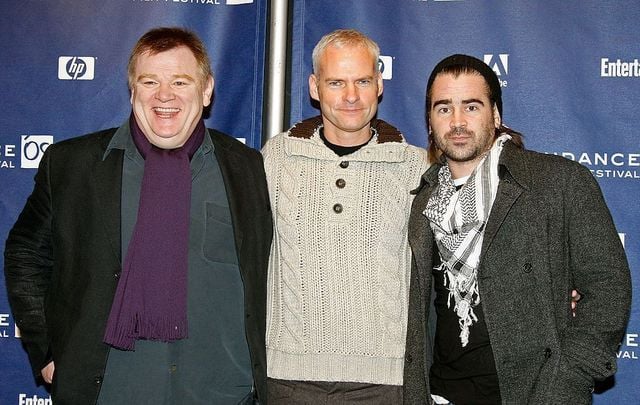 Ever dream of filming alongside Colin Farrell and Brendan Gleeson? Here's your chance!

West Coast Casting, based in Co Galway, has posted a casting call for paid extras for Martin McDonagh's new film The Banshees of Inisherin" starring Colin Farrell and Brendan Gleeson.

According to the casting call, which was published on July 16, the new Irish movie will be filmed on the scenic Aran and Achill Islands off the west coast of Ireland between September and October 2021.

The casting company is looking for adults who have a valid PPS number and right to work in Ireland to apply to be extras, which the company notes are paid roles.

Children are not currently being cast, and West Coast Casting says "this is a period film so no modern looks."

Applicants must be available between August and October for filming on the Irish islands. To apply, send a clear photograph with your name, age, location, and mobile number to WestCoastBanshees@gmail.com with your gender, age, and location in the subject line.

⭐️CASTING CALL⭐️ EXTRAS WANTED FOR THE BANSHEES OF INISHERIN ?BASED ON THE ARAN AND ACHILL ISLANDS? SHOOTING ON...

The Banshees of Inisherin sees Irish actors Colin Farrell and Brendan Gleeson and writer / director Martin McDonagh reunite after their 2008 hit In Bruges.

The Banshees of Inisherin is an unpublished play written by McDonagh, who was born in London to Irish parents, and is the finale of his so-called Aran Islands trilogy of plays. The previous entries in the series - The Cripple of Inishmann and The Lieutenant of Inishmore - opened in theaters over a decade ago.

According to Deadline, The Banshees of Inisherin “is set on a remote Irish isle, and (Farrell and Gleeson) will play two lifelong friends who find themselves at an impasse when one abruptly ends their relationship with alarming consequences for both of them.”