Liam Neeson said that his "heart goes out" to fellow actor Bruce Willis who recently retired from acting following an aphasia diagnosis. 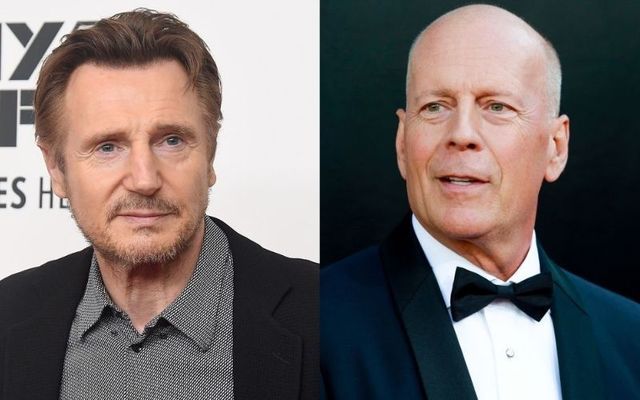 Liam Neeson says that his latest film "Memory" has him thinking about fellow actor Bruce Willis "every day" following the 67-year-olds aphasia diagnosis.

Speaking ahead of the release of his new movie "Memory", which sees Neeson's character – a deadly assassin – try to cope with the onset of Alzheimer’s, the Co Antrim native said that his "heart goes out" to Willis who had to make the decision earlier this year to retire from acting due to his aphasia  diagnosis- a disorder that affects the ability to express and understand language

"I think about him every day,” Neeson told The New York Post, noting that aphasia is especially cruel for an actor such as Willis. “It’s particularly poignant, isn’t it? I wish him all the best.”

Willis announced his retirement in a statement on March 30, which was shared on his daughter Rumer's Instagram page and said in part: "As a family, we wanted to share that our beloved Bruce has been experiencing some health issues and has recently been diagnosed with aphasia, which is impacting his cognitive abilities.

"As a result of this and with much consideration, Bruce is stepping away from the career that has meant so much to him."

Neeson said that he's learned more about Alzheimer's in the lead-up to his new film "Memory".

“In doing some research for this [role], I watched some very traumatic documentaries on the affliction of Alzheimer’s and dementia and read some books on it of course. And I have a friend in Ireland, who is older than me, [who] has very definite early stages of dementia, which is traumatic to see … It is a horrible affliction. It really is.

“I know several actors in London … who have lost the ability to learn lines. They just can’t learn the material. And these are actors who have given extraordinary performances on stage and on film and television."

Despite admitting he prefers feature film appearances, Neeson did recently make one exception, when he starred as an RUC police inspector in the opening episode of the new series of Derry Girls earlier this month.

In the surprise appearance, Neeson plays Chief Constable Byers, who is tasked with questioning the gang after they were caught on school grounds that evening.