Larry Kirwan reflects on his solo album "Kilroy Was Here," his last creative venture before 9/11. 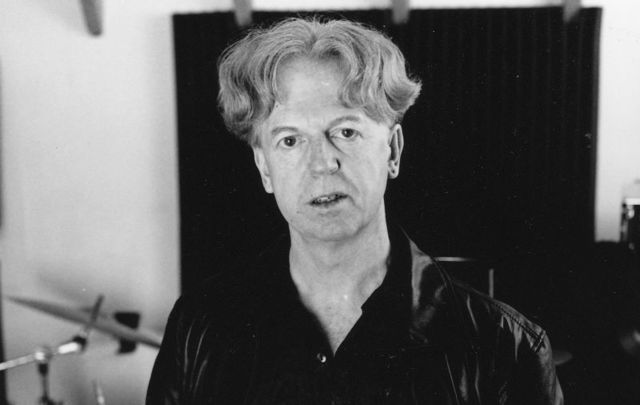 Larry Kirwan's "Kilroy Was Here" was the Irish singer-songwriter's last "creative venture" before 9/11.

Editor's Note: In the coming weeks, Larry Kirwan and IrishCentral will look back album by album on the history of Black 47 and their rise to fame. Below is the tenth installment of the series about the recording of Kirwan's solo album "Kilroy Was Here."

The previous installment in the series, "When Black 47 were 'On Fire,'"  can be read here. You can find all of the stories in the series here.

But first, a note from Larry himself: “I always look at NYC as either pre-9/11 or post-9/11. They were two different worlds. The country changed and we changed with it.  Of course, we didn't know it was happening at the time. We didn't know what normal was anymore. This was the last big creative venture for me before the attack. There was still time to stretch out and try other things. I was due to do a solo tour supporting Kilroy Was Here in late September 2001. It never happened. These are the songs I'd have been singing.”

The album cover of "Kilroy Was Here"

Larry Kirwan on "Kilroy Was Here:"

I'd been feeling the need to spread my own wings. I had the playwriting outlet, but this particular urge seemed to call for expression through music, though of a different nature than Black 47. I had been in the habit of going down to Riverrun, a saloon in Tribeca, on Sunday afternoons. After the weekend gigs it was a good setting in which to unwind and relax. The pints went down easily, and while walking home scraps of lyrics and melodies began coming to mind. These felt very different than what I'd been writing for Black 47. Some of them were almost like shards of memory in the form of sounds or rhymes.

Later that night, I'd write them down or sing them into a tape recorder; then forget all about them until the next Sunday when a new sequence would begin. At first, many were connected with growing up in Wexford. Sights and sounds that I remembered, scenes from my boyhood, memories of my Mother and Father when I was a child.

On those walks home, I could hear three instruments: trumpet, violin and double bass. There was even a particular atmosphere that oozed from the plangent arrangements – a melancholy that I'd only heard before in Astor Piazzolla's tangos. On those fall and winter Sundays I collected many individual pieces and began to stitch them together. Sometimes it was difficult to combine cadences, rhymes and rhythms, but I decided to swing with them. There was no need to beat them into shape like pop songs – they would be what they were – pieces of memory latticed together.

The first song had four very divergent verses, and yet there was a gauzy inner schematic that I followed. The first verse was inspired by a vague sexual memory, and yet the verbal images had more to do with a traveler returning to New York City on a foggy 19th Century night. It had a spectral feel and as it unfolded I realized that the song was about a spirit returning to the city and trying to reunite with a loved one. I called it Kilroy Was Here in memory of those words painted on the wall of a laneway back in Wexford. As a boy, I used to stare at them; even then I knew they would have significance for me in the far-off future.

I told Stewart Lerman, the producer/engineer, about these songs and the instruments I was hearing. He was excited at the prospect of doing an album with no thought whatever for commerciality. As was Fred Parcells, Black 47's trombonist. I played him the songs and the main instrumental lines. He notated everything and then wrote out some wonderful arrangements for strings and horns.

Stewart assembled a bunch of players; we jammed like the old jazz combos then recorded the songs live over two long evening sessions. I gave little instruction to the musicians – just the names of two CDs that might provide some signposts: Sketches of Spain by Miles and Astral Weeks by Van. When those sessions were completed we brought in some string and horn players, including Geoff Blythe on saxophones, and added the final pieces of Fred's arrangements.

With the songs finally recorded I felt a great weight lift. It was as though I'd been freed of a certain baggage of memory. I was also glad to turn the recollections of my mother and father into songs. Within months my mother passed away. I was so fortunate to capture my feelings for her before the rosy glow of nostalgia engulfed the actual person.

Reviews for "Kilroy Was Here"

"A masterpiece! Kilroy Was Here is a distant cousin of Astral Weeks, with its swirling orchestration that elevates its singer and coaxes him to a new creative peak. This is Black 47 music for grown ups, something to listen to on a Sunday morning after the boys in the band rock your world on a Saturday night." — The Irish Voice

"Larry Kirwan's new release is sweepingly historical and quirkily personal by turns, featuring his distinctive, edgy vocals, a wide stylistic and instrumental palette, and a dizzying torrent of words and images. Kirwan's unique perspectives and use of language and the unusual arrangements make for a fascinating, almost cinematic listening experience." — Sing Out!

"A superb new solo album. The playwright - composer's storytelling tends to be more intimate and inward with such vivid and tightly focused portraits as 'Molly', 'Fatima', 'Girl in the Rain', and the autobiographical 'Life's Like That, Isn't It?'" — Philadelphia Inquirer

If you have photos or videos of Black 47 concerts,  or memories you'd like to share about attending their shows, email Editors@IrishCentral.com with Black 47 in the subject line!