Justin Bieber slammed 15-year-old Irish singer Allie Sherlock on her Instagram page for "not using her platform" in the fight against racism. 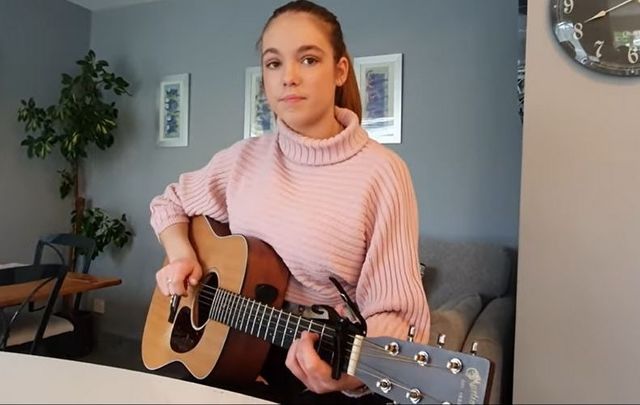 Justin Bieber commented on Allie Sherlock's Instagram accusing the Irish teen of ignoring "the racism that fills the globe."

Allie Sherlock is a 15-year-old Co Cork-born singer/guitarist who’s already appeared on Ellen DeGeneres’s talk show and has millions of social media followers…including one Justin Bieber, who called her out on Sunday for not being more vocal about global racism.

Justin and Allie have a past, in a good way – she’s performed some amazing covers of his songs and he’s noticed. In February, he shared an Instagram story of her rendition of his hit song “Intentions.”  Naturally, Sherlock was thrilled with the exposure and thanked him, calling him an “amazing person.”

However, the fact that she recently turned 15 and that she lives in Ireland didn’t prevent 26-year-old Bieber from responding aggressively to a perfectly innocuous post on her Instagram on Sunday, when she asked her 1.2 million followers, “What’s one thing you can’t live without?”

What's one thing you can't live without ? 💜

Justin’s response?  “It hurts me that you would ignore, or be silent regarding the racism that fills this globe. Fighting for black lives isn’t political, it’s FIGHTING FOR HUMANITY!"

Allie reportedly replied to Bieber in a comment that appears to have since been deleted from her page: “Hi Justin… the thing is, I posted everything across my social media on Tuesday and I receive such negativity back that I had to delete everything."

Poor kid. Welcome to the world of celebrity.  Maybe Mr. Bieber, who’s been dragged through the social media mud on more than one occasion, should be kinder when dealing with teenagers new to the game the next time around.