Jon Hamm was responding to some of the "blowback" following the release of the trailer for his new Irish film "Wild Mountain Thyme." 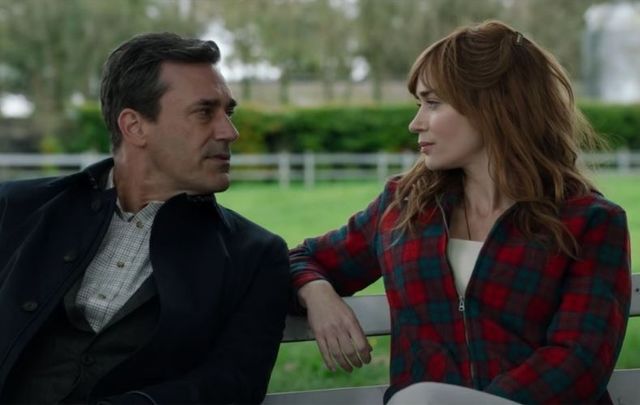 Jon Hamm responded to criticisms of "Wild Mountain Thyme" and reflected on his first visit to Ireland during an episode of The Bill Simmons Podcast.

The release of the trailer for "Wild Mountain Thyme" in November stirred great reaction online with a particular focus on lackluster Irish accents and a storyline that seems to have come from another era despite being set in modern times.

As Katie Harrington, a contributing writer for IrishCentral, put it, the new film portrays "Ireland as Americans want it to be, rather than Ireland as it is."

During his appearance on The Bill Simmons Podcast, Hamm argues that "Wild Mountain Thyme" is not meant to be a realistic look at modern Ireland, rather it is "a fable and it's a beautifully told like, snark-free, it's just earnest, it's a love story."

While Hamm took time to respond to the criticisms of "Wild Mountain Thyme" during the new podcast episode, he does have only lovely things to say about Ireland after visiting for the first time for filming.

Here's how the conversation between Hamm and host Bill Simmons went:

Simmons: "When you did this new movie, did you just want to go to Ireland for four months or did you like the script? What was it, 50/50?"

"For me, it was working with John Patrick Shanley, who did Moonstruck and Joe Vs. The Volcano and all this other stuff. He is a hero of mine. And I had met him a couple of times, he’s a quintessential New York guy, Irish Catholic, like the whole thing, wears his heart on his sleeve, he's an amazing writer, an amazing creative force, and I loved his work and I'd seen the play that this movie was based on. 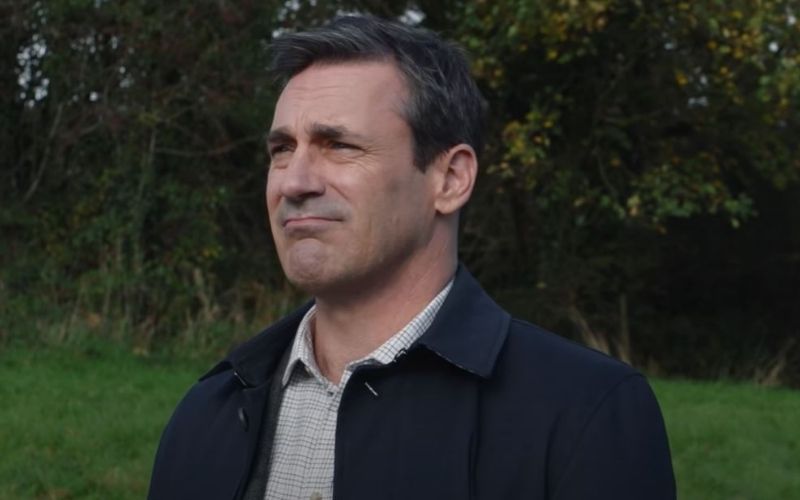 "And I was like, 'oh, and it's in Ireland? Ok, sure, that sounds amazing.' And it was, it was amazing. I'd never been to Ireland. It definitely made me wanna go back.

"Nine of out ten people who watch the movie is like, 'I want to go to Ireland immediately', cos it really does represent, he represents - and it's getting kind of a bit of blowback, mostly from the Irish because they like nothing more than complaining about depictions of themselves, kind of like the people from Boston."

Simmons: "I was gonna say, Bostoners comes from Ireland."

Hamm: "There's a lot of shared DNA in there. But then they begrudgingly love it, so it comes full circle.

"It wouldn't be good unless they complained about it, that's my take.

"But the Irish are like, 'this is like, you're telling this weird fairytale, not all of us are farmers, some of us work for Google' and you're like, 'fine, we're not telling the story about the Irish tech boom of the 90s, this is not what we're doing. We're telling a fable, it's a fable and it's a beautifully told like, snark-free, it's just earnest, it's a love story.'

"Again, like I said, that sensibility and that kind of emotion and that tone is the perfect antidote for all of 2020.

"It’s just, everybody's angry and people want to burn statehouses, and you’re just like, ‘Or! You could watch a love story and chill for an hour and a half.’

Simmons: "What was your most fun night in Ireland? Did you have a night where you just wandered into the wrong pub and ended up making seven friends?"

Hamm: "That happened everywhere. It really is, it sounds like a cliché or it sounds like a stereotype - but it's just, people are friendly, and especially in pubs when the music is playing.

"And again, it feels like it was 100 years ago because you're looking around or I'm remembering being in a place where there are 65 people singing, drinking, breathing in each others' faces. I hope we get to do that again soon.

"It was so lovely. (John) Krasinski came over because Emily [Blunt] is his wife, brought the kids and the whole thing. And the producers would hang out and John would come and everybody was so nice, there was no Hollywood nonsense.

"First of all, we were in a town of, I don't know, a thousand people, Ballina [in Co Mayo]. It was this eensy little town, there was sort of one pub and the owner was there bartending and his wife would come in.

"It was so friendly and family and lovely and welcoming and Irish."

You can listen to Jon Hamm on the December 11 episode of The Bill Simmons Podcast here, with their discussion of Ireland and "Wild Mountain Thyme" beginning around 26:00: