John McCain requested "Danny Boy" to be played at his funeral

"McCain never forgot those roots when it came to the Irish and was very active in seeking immigration legislation to allow more Irish into America." 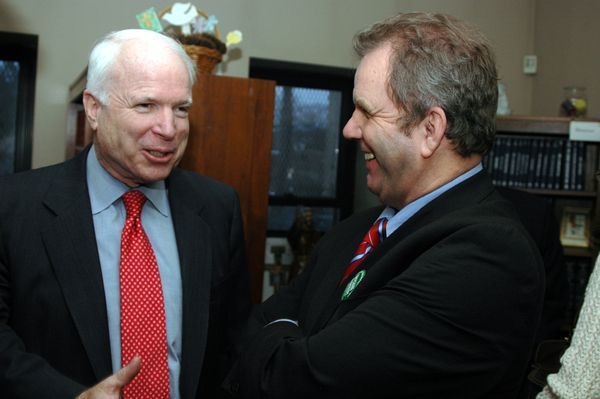 John McCain came home to his Scots Irish roots in August 2018 at the National Cathedral when, as per his request, Grammy-winning opera singer Renée Fleming performed a rendition of “Danny Boy.”

"She is very honored," Thomas said, ahead of the service. "It's going to be a beautiful service."

In his autobiography, "Faith of My Fathers: A Family Memoir," Sen. McCain said that he is a descendant of Hugh Young. Young had come to the U.S. from County Antrim in the 18th century and settled in Virginia. Two generations earlier, Young's family had arrived in Ireland from Scotland. The family was Presbyterians, however, McCain identified as a Baptist.

McCain never forgot those roots when it came to the Irish and was very active in seeking immigration legislation to allow more Irish into America. He even had a "No Irish Need Apply" sign given to him by a staffer in his office,

Danny Boy is an Ulster-connected song, also known as the “Londonderry Air.”

John McCain is just one of the millions who thought the song cast a wonderful spell.

What is your favorite version of "Danny Boy?" Let us know in the comments section, below.