Jamie Lee Curtis loves the idea of celebrating the finale in the series "Halloween" in the home of Samhain, County Derry. 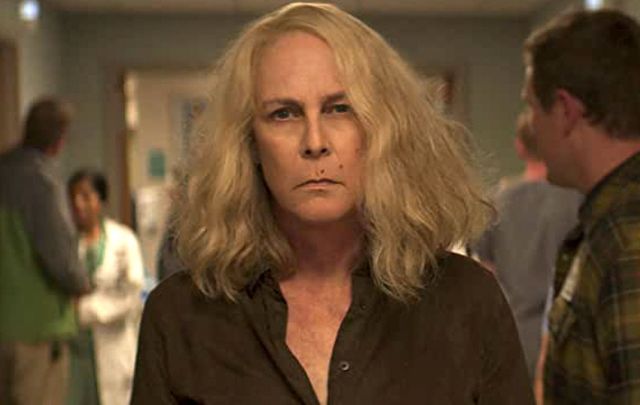 Looks like Derry might get a big film screening next year, at least if Jamie Lee Curtis gets her way.

The Queen of Fright is on the trail promoting her latest blockbuster, "Halloween Kills", which pulled in a massive $50.4 million at the U.S. box office last weekend, easily destroying James Bond and "No Time to Die" which earned less than half of that figure.

Last week, Jamie Lee Curtis did a Zoom chat with the Irish “lad” site Joe.ie, and the interviewer informed her all about the Halloween holiday’s Irish roots, particularly in County Derry which hosts a four-day-long celebration often cited as one of the best in the world. Jamie Lee liked what she was hearing.

"You know what? I'm gonna tell that to my friends at Universal so that next year, when we release the last of the trilogy, maybe we'll make a good Derry appearance,” she said – "Halloween Ends" being the finale which will be out in 2022.

"By the time I get to Europe, it will be after the release in America. So I'll be with you in Derry around the 22nd. We're locking it in. We'll be in Derry on the 22nd. I will try to get (writer and director) David Gordon Green to join me."

Imagine how thrilled the revelers in Derry would be if Jamie Lee Curtis, who’s been playing the character of Laurie Strode since the first Halloween in 1978, showed up.

She also took part in an interview with RTE, and told the Irish national broadcaster that she’s got lots of friends in Ireland she wants to visit.

"I love the people of Ireland. I've made real friends in Ireland. I made a movie there, I have visited the Wicklow mountains many times. It has a very special place in my heart."

Jamie Lee was last in Dublin in 2018 for the Halloween reboot premiere. So don’t bet on her forgetting about Derry in 2022.