Samantha Lewthwaite is accused of killing more than 400 people. 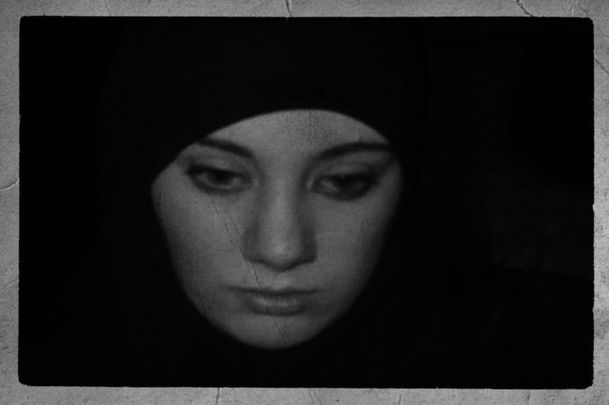 Samantha Lewthwaite aka the 'White Widow' in Netflix series World's Most Wanted. Netflix

A Northern Irish woman who converted to Islam and became one of the most feared female terrorists in the world features in a new Netflix series studying the world's most wanted terrorists and criminals.

Samantha Lewthwaite, also known as the "White Widow", is suspected of killing more than 400 people and is one of the most wanted terrorists in the Western World.

She appears in the third episode of the new Netflix series - "World's Most Wanted" - which draws on interviews and archive footage to tell her haunting story.

Lewthwaite is a fugitive from justice in Kenya, where she is accused of orchestrating grenade attacks on non-Muslim places of worship in addition to coordinating attacks on a group of people watching a football match in a bar in the Kenyan city of Mombasa.

She is also a suspect in the 2013 terrorist attack on the Westgate Shopping Mall in Nairobi.

A total of 71 people died in the attack and terrorist group al-Shabaab claimed responsibility for the attack. Lewthwaite is allegedly a member of the Islamic militant group, although there is doubt over the extent of her role in the attack.

Born in Down in 1983 to a former British Army soldier, it is difficult to fathom how Lewthwaite would become one of the most feared and renowned terrorists in the world.

By the age of 17, she had converted to Islam and met future-husband Germaine Lindsay shortly afterward who achieved infamy in his own right for his part in the 7/7 London bombings in 2005.

Lewthwaite married Lindsay in 2002 and her husband died three years later when he blew himself up on a London Underground train, killing 26 civilians.

The 7/7 bombings claimed the lives of 56 people, including four suicide bombers, and injured a further 700 people.

Lewthwaite claimed that she had no prior knowledge of her husband's plans to attack London and condemned the bombings.

However, the Times reports that an inquest into the London bombings found that Lewthwaite had associated with Mohammad Sidique Khan, the ringleader of the London attacks.

In the aftermath of the London attacks, Lewthwaite allegedly married known al-Shabaab member Habib Saleh Ghani and had her third child before moving to Africa.

She was believed to be hiding in Somalia or Tanzania before moving to Kenya, where authorities believed she had joined a terrorist cell.

Kenyan anti-terrorism police claim that Lewthwaite was using a number of fraudulent identities to move between African countries, while some apprehended al-Shabaab members named her as the leader of a Kenyan cell.

Authorities from all over the world are working to find Lewthwaite, which inspired the new Netflix series.

"World's Most Wanted" tells Lewthwaite's story in a new and compelling way and attempts to discover where the suspected terrorist is hiding now.

It is a must-watch for anyone with a morsel of interest in her story.