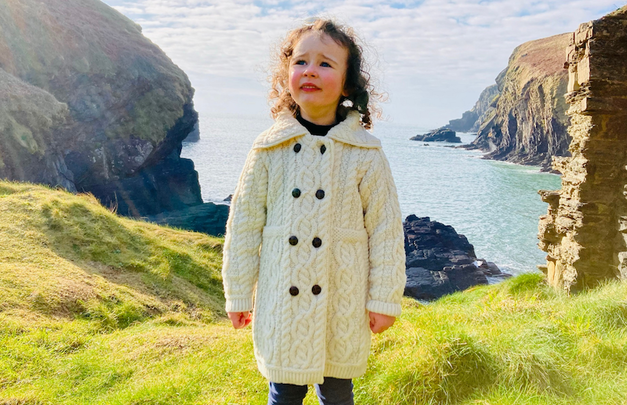 Four-year-old Emma Sophia, from Kinsale in Co Cork, whose viral music video of Danny Boy has been viewed by over 3 million people, is supporting LauraLynn, Ireland’s Children’s Hospice, with the proceeds of her success.

Emma Sophia Ryan’s viral "Danny Boy" music video took the Internet by storm on St. Patrick’s Day when it was uploaded to her Facebook page and amassed 1 million views within 24 hours.

Within a week, her Facebook views tripled, and she's also amassed some 800,000 views on her YouTube page.

Following on from this phenomenal response, Emma Sophia's "Danny Boy" is now available to download from iTunes and all digital download/streaming platforms via linkemmasophia.hearnow.com and from www.emma-sophia.com with all proceeds being donated to LauraLynn Ireland’s Children’s Hospice.

Since opening in September 2011, LauraLynn Ireland Children’s Hospice has provided specialized hospice care to 481 children with life-limiting conditions and their families. LauraLynn provides holistic care to each child which enables them to make the most of every day. This care also extends to the family of each child who is often dealing with difficult emotional, physical, and financial pressures.

Emma Sophia, who attends Little Rascals Montessori in Kinsale, is thrilled and excited by the response and took to her Facebook page to thank people for their lovely comments.

The Emma Sophia Show told IrishCentral: "There have been thousands of comments from people all over the world saying how much the video moved them."

Emma Sophia has been singing since before she could talk! And not just nursery rhymes or princess songs (although of course, she loves Disney too). Unusual for a child of her age, Emma Sophia has amassed an extensive repertoire of Irish folk songs and ballads

Emma Sophia first came to prominence when, at the age of just three, her video of Ireland's Call went viral.

Her music videos have been shared extensively across the globe and have been viewed millions of times across social media platforms. Her music video for Somewhere Out There raised €1,000 for Barnardos, an Irish children's charity.