The Irish Film Festival London is back and ready to showcase the best of Irish screen talent and storytelling, with some screenings available to a global audience. 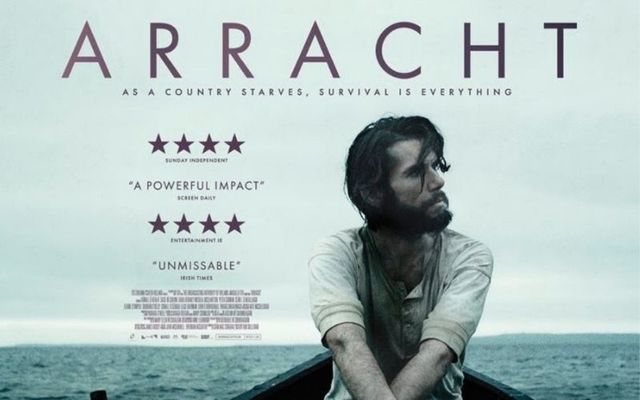 The 10th annual Irish Film Festival London has unveiled highlights and premieres lined up for this year's highly anticipated event.

Returning to where it all began, the Irish Film Festival London (IFFL) is back from November 17th-21st and will once again showcase the best of Irish screen talent to eager audiences.

The festival will be held primarily at Riverside Studios,  a newly refurbished venue with a rich history, and the spot where the very first IFFL event was hosted in 2012.

Additional screenings will also take place online through a dedicated festival screening platform, allowing a global audience to appreciate the incredible Irish storytelling that will be showcased.

The festival will open on Wednesday 17th November with Arracht, an Irish language period thriller, previously longlisted as Ireland’s selection for Best International Feature Film at the 2021 Academy Awards.

Arracht [meaning 'Monster' in the Irish language] is directed by Tomás Ó Súilleabháin and stars Dónall Ó Héalaí as Colmán Sharkey, a fisherman, farmer, and father who watches as the Great Famine descends on the land around them.

As he confronts his English landlord over the issue of rising rents in this time of crisis, the meeting ends in violence, forcing Colmán to flee, accused of a crime he did not commit. After years in exile, Colmán’s hope is restored when he encounters a young girl, Kitty, and a life-saving friendship is developed.

The festival’s Closing Gala is this year’s highest-grossing film at the Irish box office, Deadly Cuts.

In the film, the styling trio of Stacey, Gemma, Chantelle, and their boss Michelle, facing the triple whammy of gangs, gentrification, and corrupt councillors, accidentally become vigilantes and community heroes. Michelle must lead the girls through a talent contest she dreads due to her secret past life, when the group challenges the local gang members and gentrifiers threatening their community.

Tickets for all Irish Film Festival London events will be available from Friday, October 29th. Click here to find out more and to view the full festival program list.