In her new memoir, "The Opposite of Butterfly Hunting," the Irish actress opens up about her recovery from an eating disorder. 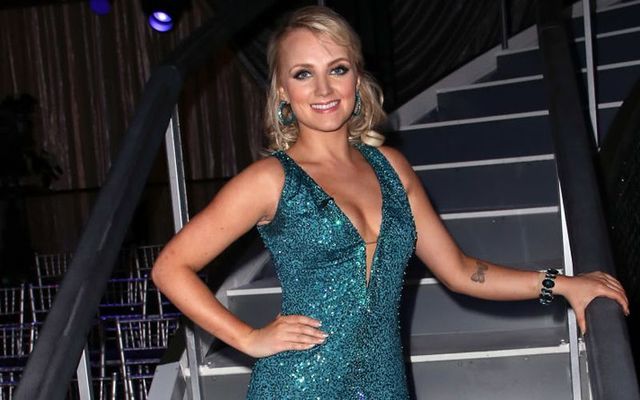 Irish actress Evanna Lynch, who starred as Luna Lovegood in the "Harry Potter" film franchise, has written a new memoir.

During an appearance on RTÉ's Today, Lynch spoke with presenters Dáithí Ó Sé and Emer O'Neill about her new memoir, "The Opposite of Butterfly Hunting."

Lynch said wrote the book to honor "the difficulty and complexity" of her journey, which has included a struggle with an eating disorder.  She said her memoir is "no fairytale."

"No it's not, that's kind of the point," she said. "My story has been reduced to a fairytale in many ways and it's hard to communicate the complexity of these issues, that's why it's a very big book, to add some nuance and depth to this conversation.

"I love fairytales, I love a happy story too, but it was to honor the difficulty and complexity in the journey and to show the realities. When we are too much focused on the positive, people don't feel represented, they don't feel seen."

She said: "People like to learn about your vulnerabilities and your struggles because they can relate and connect and figure out a way through their own.

"The message is about putting your energy and focus into your dreams over your self-destruction. To me, creativity was a way out of those problems, it gave me a vision for a life beyond that very dark time."

On writing about her eating disorder, Lynch said: "I wanted to write a book about that journey towards self-love, self-acceptance. I think you have to be honest about the ugly parts, the self hate.

"I wanted to write a book about eating disorders and recovery, that wasn't triggering, that wasn't focusing on the physical symptoms, to discuss the depths of what was going on, to not get distracted by the shocking details, all the stuff you see on the surface."

The Co Louth native also shared her experience of being cast in the Harry Potter films at the tender age of 14.

"It was overwhelming, I was such a big fan of the books and the movies, I knew the scale of the thing. It took a while to feel like I belonged there because it was all so intimidating," she said.

Lynch said the experience of writing a memoir was a good one and that she wishes to continue writing more books.

"Writing is the next thing, I really want to do more of that because I love books," Lynch said.