"Dancing With the Stars" is getting its Irish up again with the addition of Evanna Lynch to the new season which bows September 24 on ABC. 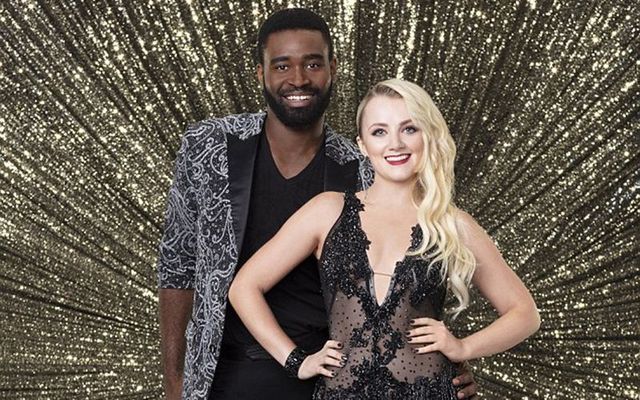 "Dancing With the Stars" is getting its Irish up again with the addition of Evanna Lynch to the new season which bows September 24 on ABC.

Evanna, 27, born and raised in Co Louth, is best known for her roles in the Harry Potter films where she played Luna Lovegood.  She was a Potter junkie while growing up and corresponded with author JK Rowling.  The books helped her cope with anorexia, which she battled from the age of 11 for two years.

A committed vegan, Dancing will be Evanna’s highest-profile role since her days as Luna, though she did star in a production of Enda Walsh’s Disco Pigs at the Irish Repertory Theatre in New York earlier this year.

Heads up: my feed will be extremely spangly for the foreseeable future. ??‍♀️ #DWTS @dancingabc

The exposure can only help her career, but Evanna, who is paired with dance pro Keo Motsepe, says there’s a more simple reason as to why she signed up.

"I wanted to learn to dance," she told E! News. "Yeah, it's like a dream job. I just had no reason not to. As I said, I like being pushed. I've said that to Keo, I was like, ‘Be hard on me.' That's what I like, when you have that kind of pressure on you that's when the most growth happens."

Keo thinks they’re doing great so far. "We just vibe very well, so I can't wait for people to see that," he said.

Read more: Do you dream of Harry Potter and Hogwarts? These Irish events have got you covered!

Evanna is committed in every way to living a vegan lifestyle, not only in what she eats but what she wears. She says the Dancing powers that be are fine with that.

“DWTS has been SO amazingly supportive of my vegan needs, getting cruelty free makeup and animal free costumes and helping prove you don’t need to hurt animals to live your life to the fullest, so I will make sure to share those details :) So in summary, taking a lil minute away from my activism projects as I will be totally obsessed with ballroom dancing for now and will catch up on all the rest on the other side of this crazy adventure,” she wrote on her Instagram.

The show’s last Irish connection was through dance-pro Tristan MacManus, from Bray, Co Wicklow, who appeared in six seasons from 2011-’13.