Deadly Cuts is about to make a serious play for one of your top five Irish comedies. 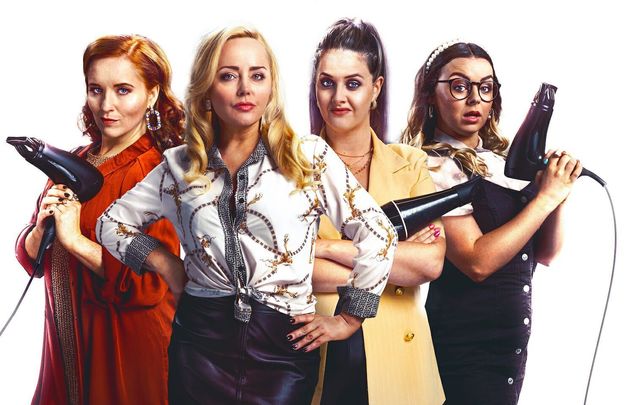 A jet back tale about what women have to do to make it in a man's world, Deadly Cuts is the funniest Irish film in years.

From Derry Girls to The Snapper, many writers have tried to capture the authentic voices of the Irish working class with mixed results.

Too often they come across as giant parodies of themselves, played up and played down for international audiences and their more genteel sensibilities.

That's not the case in director and writer Rachel Carey's 'Deadly Cuts.' Set in the fictitious northside Dublin suburb of Piglinstown (get it) there's a straight from life quality to the banter in this hilarious film about the rewards of female friendship and empowerment.

Deadly Cuts is the name of the hairdressers in this struggling suburb, which is being tormented by small-time gangsters and their endless demands for protection money. 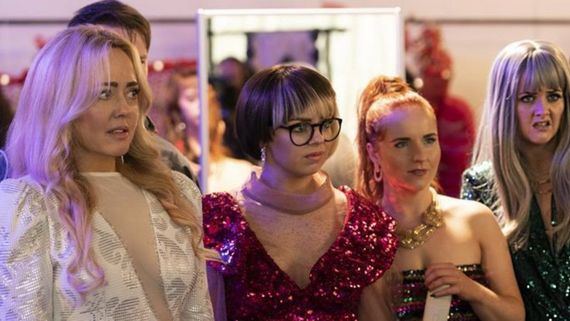 To make matters worse one enterprising local councilor wants to knock down the girl's salon to make room for upscale apartments, a reminder of how gentrification is busy remaking the Dublin map.

It's rare to see so many real-life city issues tackled in the same storyline, but Deadly Cuts doesn't just skirt topicality, it embraces it.

“The city center is becoming just one giant hotel,” Carey tells IrishCentral. “People get up in arms about the latest development but eventually the property developers will win, the public attention will move elsewhere, and the developers will just do as they planned. It almost as if we believe we can't do anything about it.”

The girls in Deadly Cuts aren't prepared to take adversity lying down, though. Faced with violent thugs trying to shake them down and greedy developers who want to wipe their business off the map, they eventually take matters into their own hands in a way you're not likely to forget.

Part of the success of this film is the note-perfect casting. Carey casts Angeline Ball (best known for The Commitments) as Michelle, the proprietor of the little salon on the dilapidated estate. She has assembled hand-picked a crew that includes Ericka Row as Stacey, a gifted young stylist with a dream of better things, and her equally gifted colorist sidekick Chantelle played by Shauna Higgins.

Looking to find a way to impress her absent mother (who long ago decamped to Spain in search of the sun and suntanned men) and to break her own way out of deprived Piglinstown, Stacey decides to try out for the prestigious Ahh Hair national styling competition. 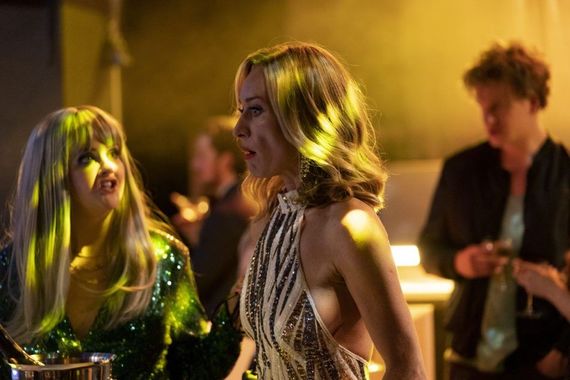 Think Strictly Ballroom meets Priscilla Queen of The Desert meets Ken Loach and you're on the way to grasping the tone of this unique new Irish flick. Deadly Cuts takes its subjects seriously but it never takes itself too seriously, allowing us to root for these hardworking and hard-pressed young women as they try to build a dream.

The thing is that dreams always cost money and money is always being demanded by Deano, the swaggering local tough played by Ian Lloyd Anderson. Deano is the embodiment of the dead-end these girls are trying to escape and soon enough they decide the only way past him is through him. That's right, they end up killing him in a scene that is one part horror and three parts hilarious.

Look, he had it coming. He's cruel and psychopathic and very probably a rapist, but Deadly Cuts doesn't spend a lot of time on the wherefores and the whys of it. He was the big roadblock on the road to success and they took care of it.

This never happened in Roddy Doyle I realize, but like Doyle, the challenges these girls face are straight from life. No sooner has Deano been dispatched but we learn that Michelle has another roadblock to contend with.

It turns out that years earlier Michelle was an apprentice of the famous D'Long Doyle, the hair technician to end them all. Doyle once handpicked her for the original Ah Hair competition but she soon fell afoul of her unscrupulous nemesis Pippa, played with south cut glass Dublin snobbishness by the note-perfect Victoria Smurfit.

Years earlier Pippa found a way to add hair stripping chemicals to Michelle's model, leaving her looking like Mr. Clean on the judging stage, a public humiliation that Michelle has never recovered from.

🎬🚨TONIGHT on #BoxOfficeVMTV, iconic star of The Commitments @angelineball chats all about her new film playing at #VMDIFF21 Deadly Cuts

Can Michelle get past her old humiliations to take a shot at redemption now? Can Stacey innovate fast enough to hold the interest of D'Long Doyle? Can Chantelle keep her mouth shut when she needs to and open when it's time to compete on stage? You will root for every one of them in this.

“This is my first feature, my background is actually advertising,” says Carey. “That's how I got into film. I always wanted to make a comedy with an authentic working-class Dublin voice. Like you get a lot of Dublin working-class films and they're about gangs and drugs but how they spoke often just grated on me. Because why would you not use this voice as it really is? Because it's hilarious.”

The girls in Deadly Cuts aren't waiting about for someone to rescue them, they're ready to rescue themselves. Yes, it's girl power and yes it's feminist but it's also subtly subversive. These girls won't simper when you shout at them, they'll take on a problem Piglisntown style, and don't think the auld ones are any less resolute.

“I knew I wanted to make a film where the women were shown in power, as opposed to being the standbys or any of the kind of stereotypical roles that you could see women in.  And then it became about like the bigger issues about gentrification and social inequality. That was the point I wanted to hammer home a little bit, but hopefully, in a fun way, you know?” 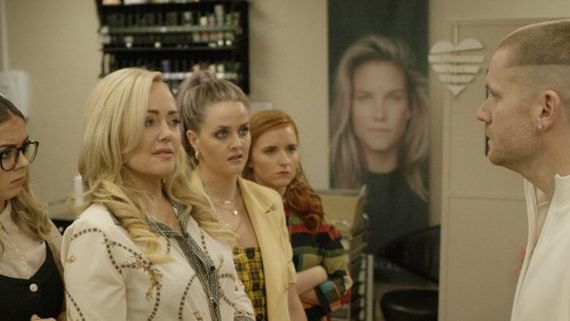 Fun is the watchword in this delightful David versus Goliath tale. Just watching the northside girls go to battle against their privileged southside rivals will make you cheer, but then along comes Victoria Smurfit to really stir the pot as an hourglass figured diva you'll love to hate.

“I think, especially in working-class areas, you tend to get these matriarchal structures a lot of the time, you know the older woman in the Dublin working-class community is a huge figure,” says Carey.

“I can't tell you the amount of times I went to little hairdressers in Finglas and there's always the auld ones who brought their own tea, or the knitting would come out and they'd be the people I'd chat to when I was developing the film. They knew exactly what was going on in the area and including with politics and they were the caretakers of the community, I suppose.”

“So it was really important for them to play a role in my film. And to see generationally how little has changed, how the women have often had to step up and do what needs to be done to sort out the issues.”

In Deadly Cuts, there's a lot of sorting out being done and you're going to have a literal blast watching it happen. Keep an eye out for US screenings soon.