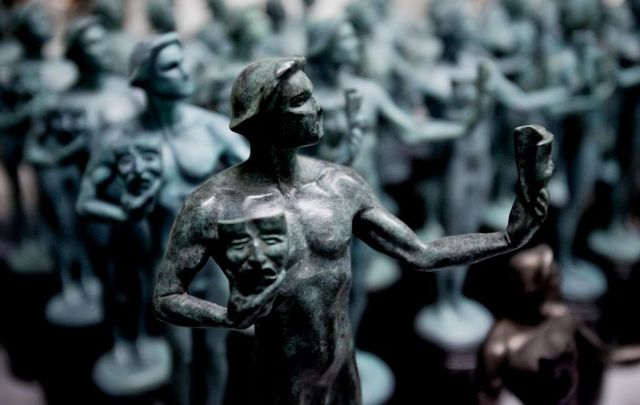 No big Irish winners at the 2019 SAG Awards Getty

No big winners for the Irish at the 2019 SAG Awards

Irish productions walked away empty-handed from Sunday night’s Screen Actor’s Guild awards, which were hosted at the iconic Shrine Auditorium in Los Angeles.

The SAG Awards, which are now in their 25th year, have come to be known as a strong indicator of who will take home an Oscar.

Entertainment Weekly says: “Since the SAG Awards launched two and half decades ago, 20 lead actors claimed both the SAG prize and that year’s Oscar, and 18 lead actresses have accomplished the same feat.”

In her opening monologue, Irish American actress Megan Mullaly humorously said: “winning a SAG Award is the greatest honor an actor can receive this weekend.”

Both Emma Stone and Rachel Weisz were nominated in the Supporting Role category for 'The Favourite,' but the SAG Award went to Emily Blunt for her work in ‘A Quiet Place.’

Emma Stone and Rachel Weisz at the 2019 SAG Awards (Getty)

Olivia Coleman was nominated for the Leading Role award for ‘The Favourite,’ but Glenn Close won the award for her work in ‘The Wife.’

Irish American Melissa McCarthy was also nominated in the Outstanding Performance by a Female Actor in a Leading Role category for her work in ‘Can You Ever Forgive Me?’

Emma Stone, Rachel Weisz, and Olivia Coleman are all nominated for Oscars for their respective roles in 'The Favourite.' The Irish produced film is also nominated for Best Picture.

NBC’s hit drama ‘This Is Us’ took home the award for Best Ensemble in a Drama Series. The show’s stars, Mandy Moore accepted the award on behalf of the 15-member ensemble cast. Moore recently traced her Irish roots in a recent episode of ‘Who Do You Think You Are?’

Did your favorite film or television show win at the SAG Awards this year? Let us know in the comments!