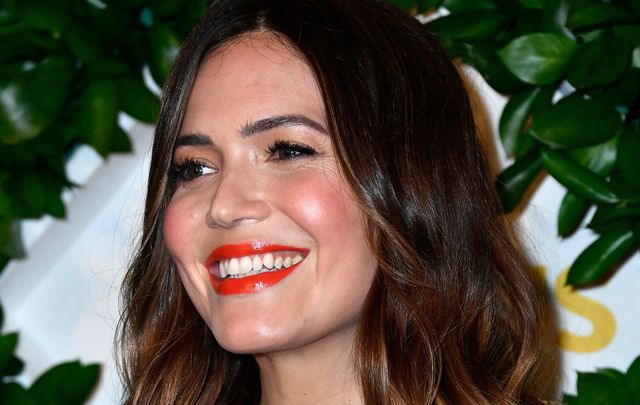 'This Is Us' Mandy Moore traces her Irish roots Getty

Mandy Moore visited a Famine-era workhouse in Co Tipperary while researching her Irish roots for TLC’s ‘Who Do You Think You Are’ program.

It was an emotional visit for Moore as she learned a distant relative of hers died in that very Irish workhouse.

Guiding her journey was historian Turtle Bunbury, who said the Donaghmore Workhouse in Co Tipperary was like “hell on earth.”

This journey and experience is one I will never forget. I’m forever indebted to the folks at @Wdytya for bringing me closer to my grandmother Eileen and her family. Tonight on @TLC!! https://t.co/CuyjLHMENw

There, Moore learned that her four-times great-grandmother Mary Flynn died at the age of 40 in the workhouse. Bunbury explained that funerals at the workhouse were nonexistent, and Mary Flynn was likely buried in an unmarked grave outside of the workhouse.

An emotional Moore was reduced to tears. "To know that my four times great grandmother passed away in a place like this and the horrific conditions you described, is really... it's just very tragic.”

"That's heavy to think about, you know. I didn't even know her name until just a few days ago and to think that no one has thought about or remembered her until now for all these years... it's a lot."

In a kind move, Moore laid flowers at the workhouse site, which is now a museum, to honor her relative.

"I'm honored and humbled that I could be a representative of the family to just tell her that she's not forgotten.

Later, Moore traveled to Australia to trace the steps of Mary Flynn’s daughter Ellen, who emigrated there at the age of 15.

"It sounds like her life was so perilous in Ireland that this was by far a better option than staying home,” said Moore of Ellen.

"It makes so much more sense now."

Did you know that Mandy Moore had Irish roots? Let us know in the comments