Eight Irish dancers perform to “Shape of You” and “A Lovely Madness” by Beoga at the Claddagh in Galway City. 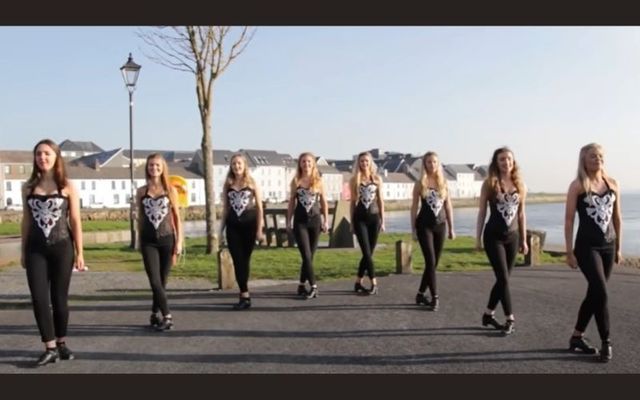 These Irish dancers from the Hession School in Co Galway made an impression of 'Galway Girl' singer Ed Sheeran Lynne Mc Nally, YouTube

Back in 2017 when pop sensation Ed Sheeran announced that he was in search of “proper céilí dancers to star in the video” for his song 'Galway Girl,' Irish dancers around the world were vying for his attention.

However, this group of eight Irish dancers from the Hession School of Irish Dance blew it out of the park!

The girls perform on the Claddagh in the heart of Galway. They begin by dancing in perfect time to Sheeran's mega-hit 'Shape of You' and gradually transition into 'A Lovely Madness' by Beoga, a band which is also featuring on Sheeran's upcoming song.

Their fantastic video which has been viewed more than a million times opens with a few false starts, which makes it all the more endearing, and some beautiful shots of the swans on the Claddagh before the girls show off some serious skills.

Sheeran, who was born in Suffolk in England, has strong Irish roots which meant his announcement that two of the songs on his album Divide would be “full-on Irish jams” didn’t come as much of a shock.

However, what truly threw the global Irish community into a tizzy was the fact that the videos for these songs would be filmed in Ireland and he planned to use “proper céilí dancers.”

The star spoke to the Irish radio station 2FM in early 2017 and explained that one of the new Irish jams “has something to do with the county of Galway,” while the other is based on County Wexford, where his grandmother is from.

He said he has been working with the Belfast-based trad band Beoga and that he is planning a trip to Ireland soon to shoot the video for one of the songs. He revealed that the song includes a fiddle, pipe, and bodhran, and Sheeran predicts it will become something of an anthem for his Irish fans.

“We really jam and it’s going to be good. I do think I’ll never be able to play a song in Ireland again because this one will just be the song,” he said.

UPDATE: And, not surprisingly, Hession School Irish dancers ended up featuring in the 'Galway Girl' music video with none other than Saoirse Ronan! Check out the video here: