Irish dancing acrobat wows the judges on “Spain’s Got Talent”

Daniel Sullivan, an Irish dancing acrobat from Colorado, wowed the judges on the Spanish version of the hit competition show. 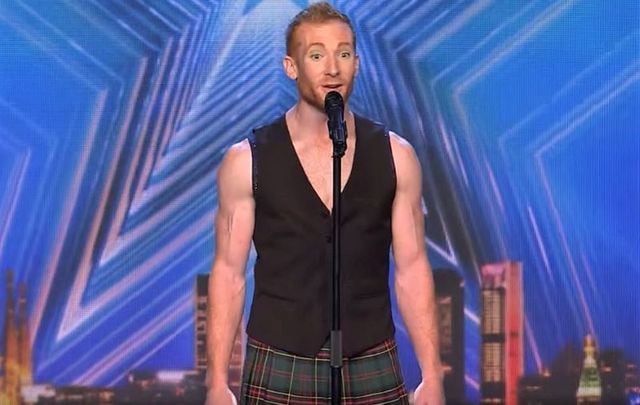 Daniel Sullivan merges his passion for Irish dance and acrobatics on the Spanish version of the hit competition show.

Being an Irish dancer nowadays is tough enough. Even the most naturally talented of Irish dancers require hours of intense practice and training.

Daniel Sullivan, however, wasn't satisfied sticking to just one art form. His official Facebook page reveals that he began training in traditional Irish dance at the age of four, and when he was ten, he started training and performing on a variety of aerial apparatuses. He later went on to train for five years with Circus Smirkus, the only international youth circus in North America.

Sullivan later studied dance at the University of San Francisco and says that his training in Irish dancing gave him “musicality, agility, and rhythm."

Read More: WATCH: Bride who was in Riverdance puts on epic Irish dance show at her wedding

On Spain's Got Talent, a kilt-clad Sullivan wowed the panel of judges.  While his routine opened with a run-of-the-mill Irish dancing presentation, things took a turn when Sullivan dropped down into a split, ripped off his kilt, and approached a hanging hula-hoop for a seriously impressive acrobatic routine.

You can watch Sullivan's routine for "Spain's Got Talent" below, and you can learn more about Daniel Sullivan on his website.

Do you have a favorite Irish dance routine? Let us know about it in the comments!