Graham Norton, 59, and his husband held an intimate blessing ceremony in Bantry House in Co Cork before continuing the festivities at Norton's Irish holiday home in Ahakista. 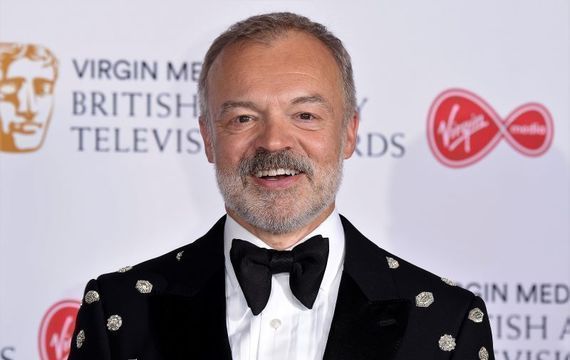 Graham Norton has reportedly toasted his recent wedding with a ceremony at Bantry House in Co Cork, followed by more festivities at his holiday home in nearby Ahakista amid glorious sunshine this past weekend.

Norton, 59, and his husband held an intimate blessing ceremony in Bantry House as they celebrated their recent marriage, according to several reports.

The luxurious venue was closed to the public so that Norton and his partner could enjoy a private function with about 120 guests, the Irish Examiner reports.

Norton and his partner then returned to his holiday home in Ahakista on Sunday, with the wedding party continuing in marquees on the waterfront, according to locals.

Ahead of the weekend's festivities, one local told CorkBeo: "We knew Bantry House was closed for a private event, it was pretty common knowledge that it was a party for Graham and that is was to do with his marriage."

"We were hearing all sorts of names, Lady GaGa, Elton John was supposed to be singing.

"We've not seen any of them but there's been a big buzz around Bantry," she added.

"We could all hear the music from Bantry House on Saturday night - they certainly got the weather for it!"

Norton was born in Dublin but grew up in Bandon, West Cork. He has regularly visited home since becoming a household name in the UK and Ireland as the host of the "The Graham Norton Show"

He has recently visited West Cork to record a new show for Virgin Media and was photographed enjoying a drink with a group of friends outside Arundel's pub in Ahakista ahead of the nuptials celebrations.

Norton is a hugely popular figure in West Cork and returns to Ahakista every August to host a legendary table quiz as part of the Ahakista August Festival.

The BBC star has also become hugely popular with locals in the small village on the Sheep's Head Peninsula, with one local telling the Irish Examiner that he's "the most charming, decent person, generous with his time and fun."