Two Irish actors are among the distinguished class to receive Golden Globe nominations this year. 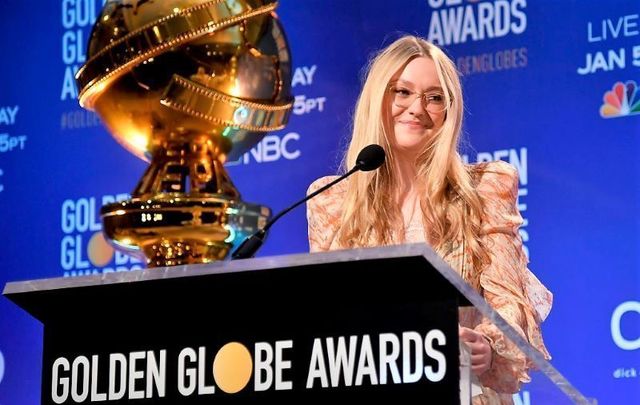 The Golden Globe nominations were revealed on December 6 and Irish actors Saoirse Ronan and Andrew Scott are both in the running.

Read More: Saoirse Ronan and Laura Dern on the filming of "Little Women"

Ronan was the only acting nomination that “Little Women” received. The only other category where the film is a contender is in the Best Original Score - Motion Picture category, which sees Alexandre Desplat nominated alongside Hildur Guðnadóttir (“Joker”), Randy Newman (“Marriage Story”), Thomas Newman (“1917”), and Daniel Pemberton (“Motherless Brooklyn”).

Ronan has been nominated three times previously for a Golden Globe award.

Greta Gerwig directed Ronan in both "Lady Bird" and this year's "Little Women," so here's hoping to the duo's luck will continue at the upcoming Golden Globes.

You can watch the trailer for “Little Women” here:

Irish actor Andrew Scott, a native of Dublin, has been nominated in the Best Performance by an Actor in a Supporting Role in a Series, Limited Series or Motion Picture Made for Television category for his role as the so-called “Hot Priest” on Amazon’s “Fleabag.” Scott joins Alan Arkin (“The Kominsky Method”), Kieran Culkin (“Succession”), Stellan Skarsgård (“Chernobyl”), and Henry Winkler (“Barry”) in the category.

This is Scott’s first Golden Globe nomination. “Fleabag” is also nominated in the Best Television Series – Musical or Comedy alongside “Barry” (HBO), “The Kominsky Method” (Netflix), “The Marvelous Mrs. Maisel” (Amazon), and “The Politician” (Netflix).

You can watch the trailer for the second season of "Fleabag" here:

The Golden Globes will be hosted in Hollywood on January 5, 2020.