Andrew Scott, Irish star of "Fleabag" and "Sherlock," will feature in the first episode of the fifth installment of “Black Mirror,” returning to Netflix on June 5. 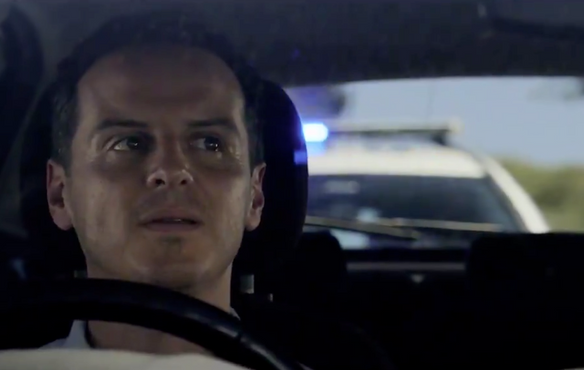 The fifth season of Black Mirror is on its way and as the new trailer reveals, it’s set to star one of our favorite Irish actors in its first episode. The Black Mirror trailer stars Andrew Scott alongside Miley Cyrus and “Avengers: Endgame” star Anthony Mackie with the next series due to hit Netflix on June 5.

Fans of hit BBC shows “Fleabag” and “Sherlock” will be delighted to see Scott joining the cast of yet another popular TV show, although the only problem with “Black Mirror” and its stand-alone episodes, is that it means we’re only going to get him the once.

Although most well-known as playing Sherlock’s arch-nemesis Moriarty in the BBC’s latest adaption of the Arthur Conan Doyle series and even more recently, the priest in the second and final season of “Fleabag,” Scott had already won plenty of acting accolades before his more mainstream success.

He received his first Olivier Award in 2005 for his role in “A Girl in a Car with a Man” at The Royal Court and was nominated a second time in 2018. Scott has also won a BAFTA and an IFTA.

This is the fifth outing of Charlie Brooker’s award-winning series “Black Mirror” and the first full series since 2017. A standalone “choose-your-own” episode became the surprise TV hit of Christmas 2018 and was described as a “gamechanger” by critics.

The new episodes will also feature US singer Miley Cyrus as a purple-wigged popstar.

What's your favorite Andrew Scott role? Let us know in the comments section, below.