Are these the best Irish actors of all time?

Whether you love them for their accents, talents, or workmanship; Irish actors are all over Hollywood and we bet they're among your favorite actors. Here's a look at some of the best Irish actors we know. 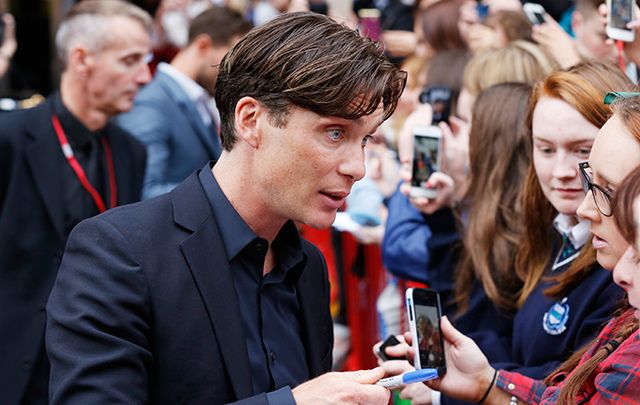 Cillian Murphy is, of course, included in our best Irish actors of all time. RollingNews.ie

Ireland has produced some of the world’s most loved artists, so we wanted to take a stab at creating a list of our favorite Irish actors. Many Irish actors are now known widely across the globe and have large cult followings. Whether you love them for their accents, talents, or workmanship; Irish actors are all over Hollywood. Their success in the film industry continues to pave the way for young aspiring artists/actors to work hard and know that there is a place for them in film.

Ranker, a website that allows people to vote on a variety of topics and creates lists from the outcomes, came out with the best male Irish actors of all time, as voted by the public. This inspired us to create our own very list! While it doesn't include Irish American actors, it does include both Northern Irish actors and actors from the Republic of Ireland and actors of any age from under 30 to over 50.

Here are 10 actors we love:

Neeson is originally from Northern Ireland and shot to international fame. Some of his most popular films are Taken, The Dark Knight Rises, Batman Begins, and Schindler's List.

Farrell is originally from Castleknock, a suburb of Dublin. Farrell is well known from the Minority Report, Daredevil, and Horrible Bosses.

Gleeson is originally from Dublin. Some of his most famous films are Braveheart, Harry Potter and the Goblet of Fire, and Gangs of New York.

Murphy is originally from Co. Cork. Some of his most-famed films are The Dark Knight, The Dark Knight Rises, Batman Begins, and most recently, Dunkirk.

Brosnan is originally Co. Louth in Drogheda. Some of his most popular films he is known for are Mars Attacks!, Mrs. Doubtfire, and GoldenEye.

Fassbender is a German-born Irish actor. He is best known for Inglourious Basterds, X-Men: First Class, and X-Men: Days of Future Past.

O’Dowd is originally from Co. Roscommon. Some of his most popular films are Thor: The Dark World, Bridesmaids, and The Boat That Rocked.

Bryne is originally from Walkinstown, a suburb outside Dublin. Some of his most well-known films are The Usual Suspects, Excalibur, and Enemy of the State.

Jamie Dornan is from Hollywood, Belfast in Northern Ireland. He is most well known for his performance on Fifty Shades of Grey, Marie Antoinette, and X Returns.

Who are your favorite Irish actors? Let us know in the comments.