Fiona Shaw, a native of Co Cork, took home the Best Supporting Actress award for her role in 'Killing Eve,' which turned out to be the big winner at this year's BAFTA TV awards. 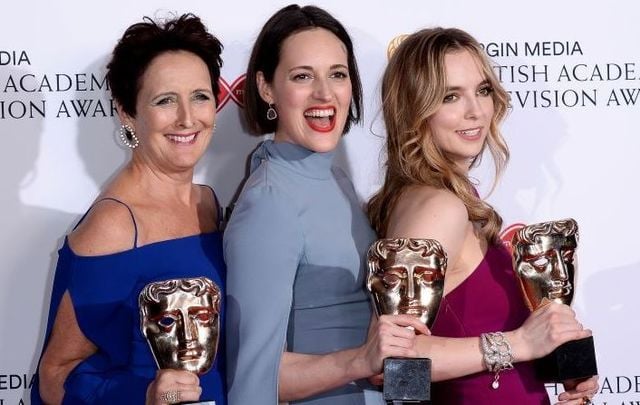 'Killing Eve' was one of the big winners at the 2019 BAFTA TV awards. Getty Images

The BAFTA TV awards were hosted Sunday night in London and saw a number of Irish people and productions nominated.

Irish actress Fiona Shaw won in the Best Supporting Actress category for her role in the hit show ‘Killing Eve.' It was Shaw's first-ever BAFTA nomination.

Shaw, a native of Co Cork, was delighted with her win:

Still, the cast of Derry Girls stunned on the red carpet:

‘Massacre at Ballymurphy’ was nominated in the Current Affairs category, but lost out to 'Myanmar’s Killing Fields.'

‘My Dad, the Peace Deal, and Me,’ a documentary about the death of one man’s father during The Troubles in Northern Ireland, lost out in the Single Documentary category.

My Dad, the Peace Deal and Me

As we approach the 20th anniversary of the Good Friday Agreement, a man who made his career out of Troubles-related humour looks back in a new BBC Northern Ireland Whdocumentary. Patrick Kielty also talks about his father being killed by loyalists. Tonight on BBC One NI 9:00PM

Who's your favorite Irish actor? Let us know in the comments!